South Korea made an official proposal to the North Korean government to hold talks about mutual concerns between North and South Koreas in January 2015, according to the South Korean Unification Minister Ryoo Kihl-jae. 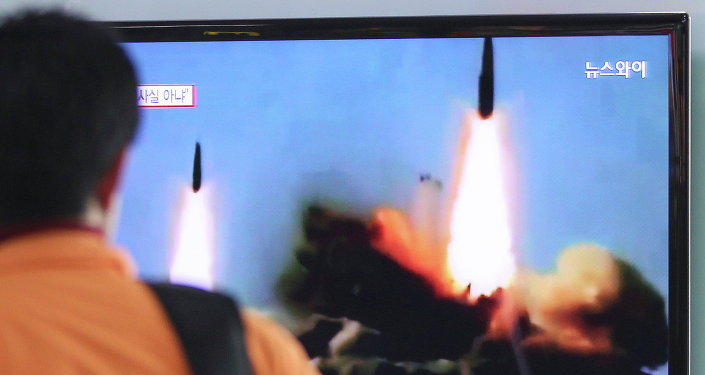 "We [South Korea] make an official proposal for the North Korean government to have a conversation about mutual concerns between North and South in January next year," BBC quoted Ryoo as saying at a news conference.

According to the minister, North and South Korea should meet in any South or North Korean city to "draw up a plan for a peaceful unification."

© East News / KATSUMI KASAHARA
South Korea Says Will Cooperate With US Over Alleged Sony Cyberattack by North
He added he hoped for a positive response from the North Korean leadership.

It late October, North Korea rejected its southern neighbor's offer to hold high-level talks. According to Pyongyang, South Korea was undermining the talks by scattering propaganda leaflets at the border, while the South's unification ministry said it was not going to restrict the actions of activists and violate freedom of speech in the country.

© AP Photo / South Korean Navy via Yonhap
Military Response to Korean Peninsula Disproportionate to Threat: Russian Foreign Ministry
The Korean Peninsula is formally in a state of war, as no peace treaty was ever signed after the Korean War of 1950-1953. Relations between North and South Korea worsened in 2010, when the South Korean Cheonan warship was sunk in the Yellow Sea. A South Korean investigation determined the vessel was hit by a North Korean torpedo.

The last high-level talks between the two Korea were held in February and resulted in an agreement to resume the reunion of family members separated during the Korean War. But the negotiations were suspended in 2010.