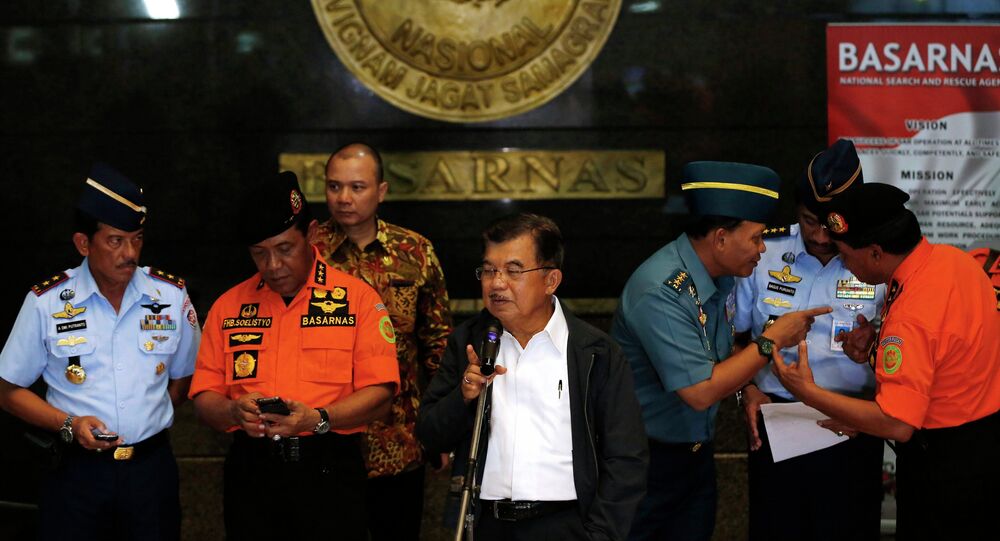 Indonesian Vice President Jusuf Kalla said at a televised press conference Sunday that the missing AirAsia plane with 162 people on board might have crashed. Kalla was directly supervising the rescue operation of the missing plane at the headquarters of the National Search and Rescue Agency.

“We haven’t got any information that indicates where the plane crashed,” Kalla said during a televised press conference Sunday evening, as quoted by Xinhua.

© REUTERS / Jessica Helena Wuysang
Indonesia Halts Search for Missing AirAsia Plane With 162 Aboard, to Continue Rescue in Morning
Previously, it was reported that Kalla was directly in charge of supervising the rescue operation of the missing plane at the headquarters of the National Search and Rescue Agency (Basarnas) in Kemayoran, North Jakarta, according to Jakarta Post.

Earlier today, it was reported that flight QZ8501 operated by AirAsia Company, heading from Surabaya, Indonesia to Singapore, disappeared from the radars.

According to the statement issued by AirAsia, air traffic control lost contact with flight QZ8501 at 07:24 local time (00:24 GMT). The aircraft had 155 passengers and seven crew members on board.