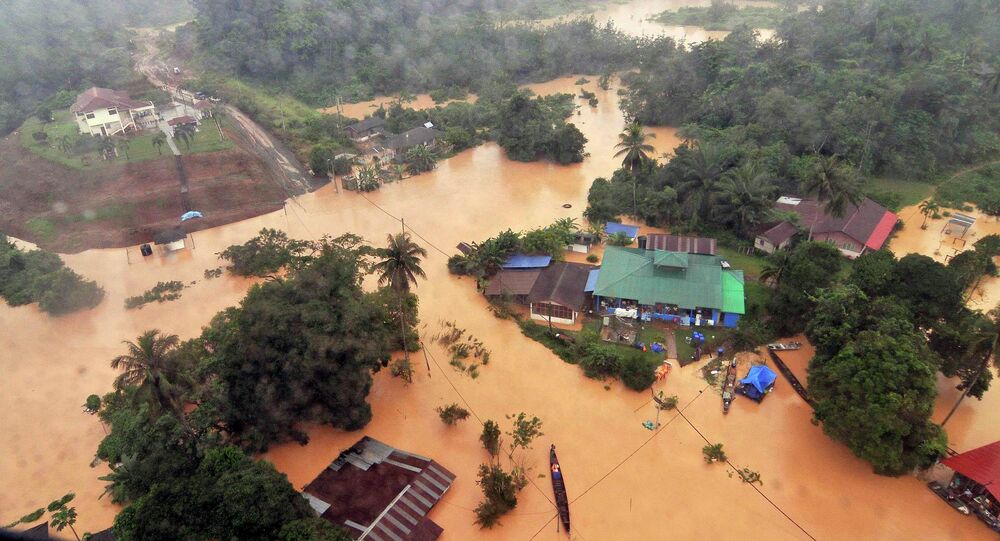 Bending every effort to curb the decade's most devastating flood, Prime Minister Najib Razak orders to allocate an extra $142 million to help the victims. Over 160,000 people have been forced to evacuate.

© REUTERS / Nazirul Roselan
Over 160,000 People Flee Homes as Worst Flood in Decade Hits Malaysia
MOSCOW, December 28 (Sputnik) — Malaysia will provide an extra $142 million to help the victims of one of the worst floods in the country's recent history, Malaysian Prime Minister Najib Razak has stated Sunday.

According to BBC, the announcement was made after the prime minister visited the flood-hit areas.

Over 160,000 people were forced to evacuate. The flood submerged entire towns.

In Malaysia's most severely-hit areas rescuers are currently struggling to provide the flood victims with all the necessary supplies, including food and water.

© REUTERS / Nazirul Roselan
Malaysian Prime Minister Criticized As 118,000 Flee Heavy Flooding
Meanwhile, the country's prime minister came under criticism after being photographed playing golf with US President Barack Obama, while his country was experiencing heavy storms. In his defense Razak stated that it was hard to cancel the trip planned a while ago. Nevertheless, he cut his holiday short, BBC reported.

Malaysia's severe flood started on Thursday and was caused by heavy rainfall. The country's northeast was affected the most.