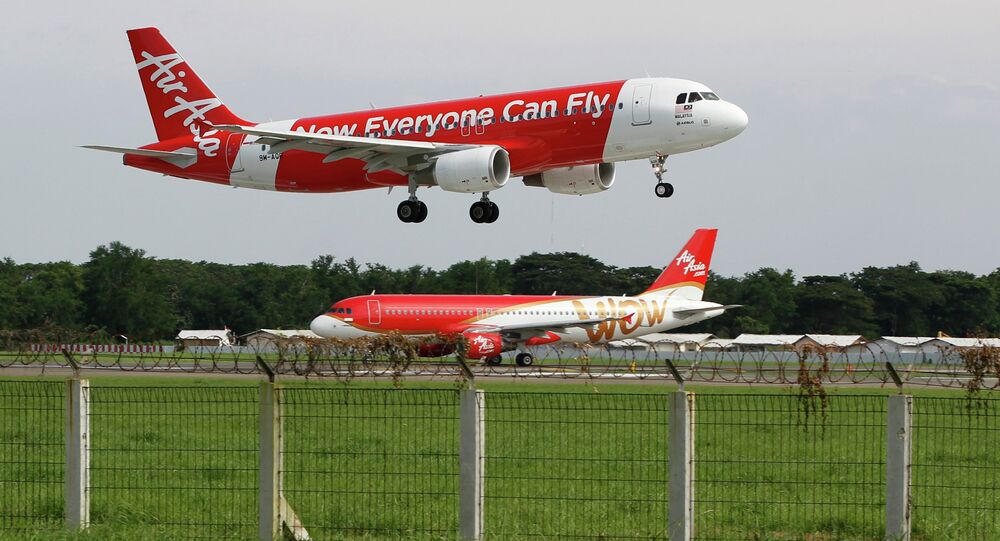 AirAsia issued a statement confirming the crash of its aircraft earlier in the day. According to the statement, flight QZ8501 en route from Surabaya, Indonesia to Singapore lost contact with air traffic control at 07:24 a.m. local time (00:24 GMT). There were 162 people on board.

© Flickr / Steven Byles
AirAsia Plane With 162 Aboard Feared Crashed Into Water Due to Turbulence: Indonesian Rescue Agency
"At this point, we do not want to confirm anything, but the loss of communication with the aircraft," Detik newspaper quoted Murjatmodjo as saying.

According to the statement issued by AirAsia, air traffic control lost contact with flight QZ8501 at 07:24 local time (00:24 GMT). There were 155 passengers on board, including 17 children, two pilots and five cabin crew. Most passengers on board were Indonesian; three passengers were South Koreans, and one French, Malaysian and Singaporean.

Search and rescue operations are being conducted under the guidance of the Indonesian Civil Aviation Authority (CAA). AirAsia Indonesia is assisting the investigation.