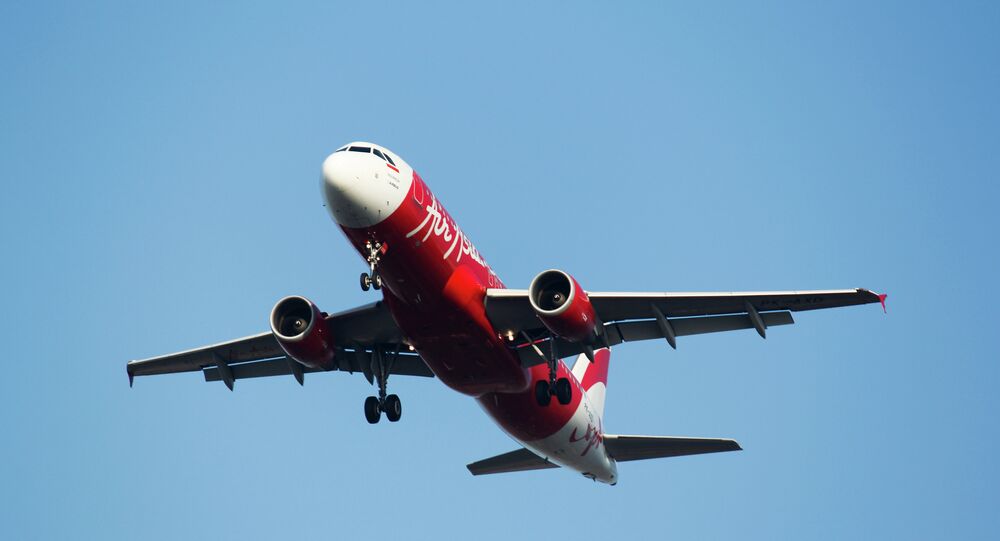 Malaysian budget carrier AirAsia reported that the search and rescue operations of the plane from Surabaya, Indonesia to Singapore, which has lost contact with the air traffic control, are in progress.

© Flickr / Steven Byles
Flight From Indonesia to Singapore Loses Contact With Air Traffic: Reports
"AirAsia Indonesia regrets to confirm that QZ8501 from Surabaya to Singapore has lost contact at 07:24 a.m. [23:24 Saturday GMT] this morning… At this time, search and rescue operations are in progress and AirAsia is cooperating fully and assisting the rescue service," the carrier said on its Facebook page.

Earlier the same day, Indonesian Transport Ministry official Hadi Mustofa was quoted as saying by media that flight QZ 8501 with 155 people on board, including one British citizen, one citizen of Singapore, one — of Malaysia, three Koreans and 149 Indonesians, took off Sunday morning and lost contact with the traffic control in the airspace of Indonesia.

The official added that the flight lost contact between Kalimantan and Belitung island in an hour after the plane's takeoff.