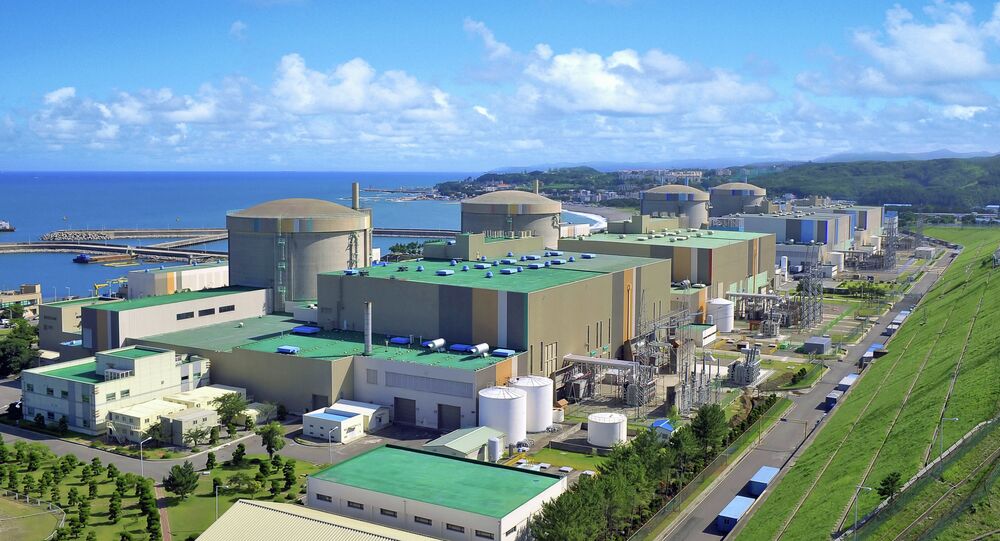 North Korea might have carried out the recent cyber-attack against a nuclear power plant in the South, Seoul alleges.

South Korean investigators have launched a probe into the recent act of cyber terrorism when confidential data leaked from the internal network of the Wolseong Nuclear Plant, owned and operated by Korea Hydro & Nuclear Power (KHNP), a subsidiary of the government-controlled Korea Electric Power Corp (KEPCO). According to the republic’s Justice Minister Hwang Kyo Ahn, North Korea might be involved in the cyber-attack, as his ministry has several clues supporting such an assumption.

Wolseong Nuclear Power Plant is located in the south-eastern part of the country, far from the DMZ separating North and South. However, it turned out to be no less vulnerable to foreign cyber-attacks as South Korean investigators have traced the hackers’ IP to the Chinese city of Shenyang, where North Korean computer experts are known to operate.

© AP Photo / hn Young-joon
One Month Anniversary of Sony-N Korea Hacking Scandal: How It All Unfolded
“We are investigating without ruling out the possibility that North Korea may be behind the attack,” Hwang Kyo Ahn said, as quoted by Businessweek.

The hackers introduced themselves as an “anti-nuclear reactor group”, having demanded that three South Korean reactors be shut down by Christmas, namely Kori Reactors N1 and N3 and Wolseong Reactor N2.

Since the reactors continued to operate past the deadline, the hackers leaked more data on South Korea’s atomic objects. Last week they leaked blueprints and manuals for reactors. More recently the cyber-terrorists leaked schematic drawings of several reactors and links to articles on atomic tech, utilized by South Korea, as reported by Korea Herald.

© REUTERS / Mario Anzuoni
US Turns to China for Help in Battling Alleged North Korean Hackers: Report
Whilst these leaks do not pose any immediate danger, such confidential information being made widely available provides serious breaches in the overall security of atomic energy production not only in Korea, but worldwide.

“We’ve been up all (Christmas) night guarding our networks and so far everything seems to be under control,” Kim Tae Seok of Korea Hydro told Businessweek. “The worst scenario will be us manually stopping the reactors but even that won’t be too problematic because we are stable with our power supply,” he added.

However, South Korea is very sensitive in terms of energy supply as it lacks enough mineral resources to generate a sufficient amount of fossil fuel energy independently.
South Korea’s National Cyber Security Center raised its alert level to the third out of five levels.

"Things have been learned that can allow authorities to better respond to cyber terrorism," he said as reported by Yonhap News.

The minister proposed that all critical network infrastructure be completely disconnected from the Internet. Such separation presently exists, but the operators can still share information. This link to the global web must be eliminated, the minister said.