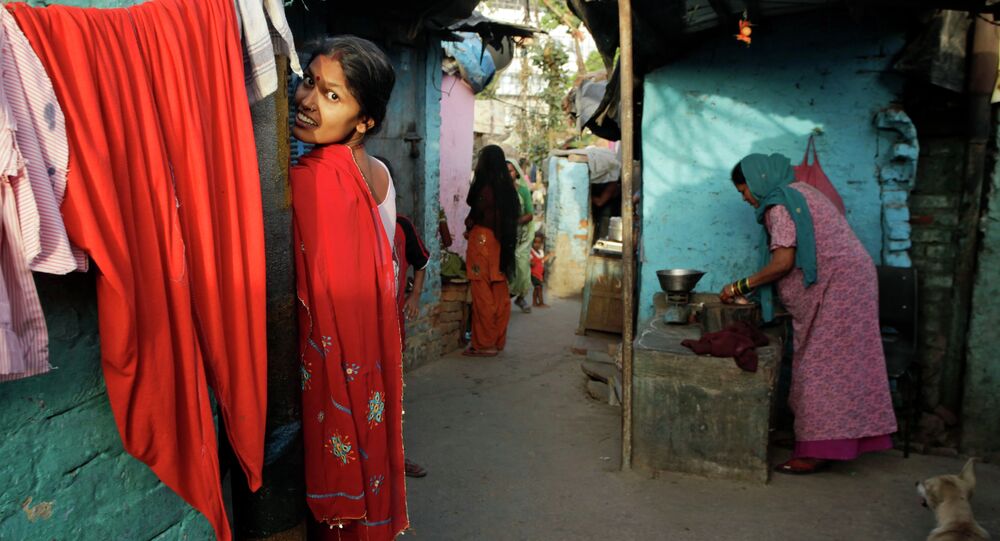 The Upper House of the Indian Parliament, Rajya Sabha, passed a bill that enable slum dwellers to live in their colonies until December 31, 2017, without facing eviction.

© Flickr / Ramesh NG
Indian Activists Raise Awareness of Sexual Assaults on Moving Bus: Reports
NEW DELHI, December 23 (Sputnik) — The Upper House of the Indian Parliament, Rajya Sabha, on Tuesday passed a bill extending the time period to 2017 for existing residents to legally live within the borders of the Delhi slums.

The National Capital Territory of Delhi Laws (Special Provisions) Second Amendment Bill, 2014 will enable slum dwellers to live in their colonies until December 31, 2017, without facing eviction.

© Flickr / Cars10s PhoToes
Over 60,000 Schools Shut Down in India as Teachers Strike Against Cuts
The opposition unanimously supported the bill. Ruling party ministers, including Mukhtar Abbas Naqvi, Minister of State for Parliamentary Affairs and Venkaiah Naidu, Housing and Urban Poverty Alleviation Minister reached out to the leaders of opposition parties for the past couple of days to ensure smooth passage of the bill.

Over two million people in Delhi endure living in the slums. These are mostly the unemployed or daily wage workers who cannot afford the basic necessities of life. They have faced eviction even though some have lived in the slum colonies for over two decades.

Poor people living in slums constitute a major voting bank, and every Indian political party tries to secure their allegiance during elections.

Over 60,000 Schools Shut Down in India as Teachers Strike Against Cuts