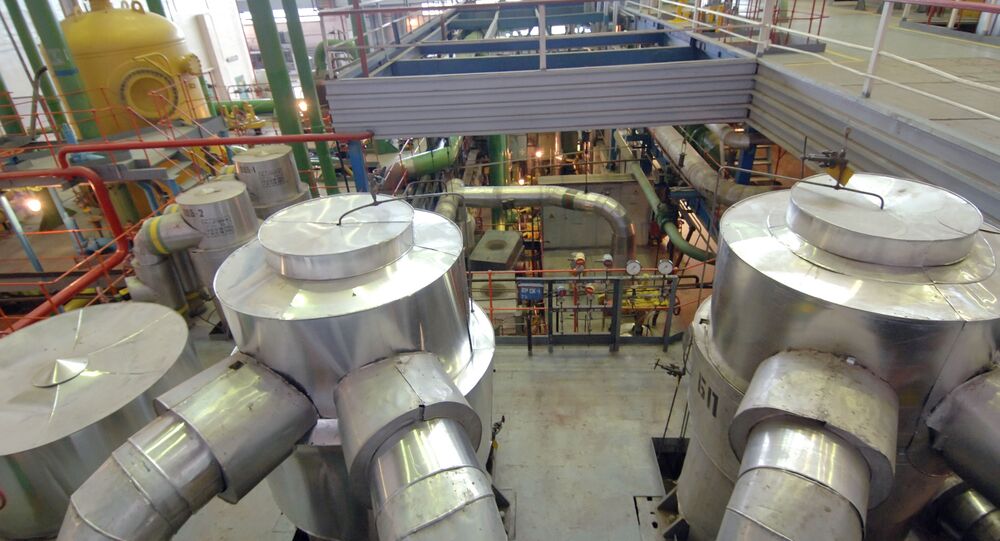 © East News / KATSUMI KASAHARA
South Korea Says Will Cooperate With US Over Alleged Sony Cyberattack by North
MOSCOW, December 22 (Sputnik) – The firm which operates nuclear plants in South Korea announced on Monday it is testing security at its nuclear reactors in the wake of a cyberattack on the facilities' computer system, AFP reports.

"The two-day drill is under way through simulators to ensure the safety of our nuclear power plants under cyberattacks," a spokesman from state operator Korea Hydro and Nuclear Power Co. (KHNP) told the agency.

The tests are being carried out at the company's four nuclear power facilities, which house 23 nuclear reactors and produce a third of the country's electricity. The announcement of the safety drills comes after a series of leaks this month of classified information about the reactors, made it into social networking websites.

© Sputnik / Alexey Zhidakov
Kim Jong Un’s Sister May Visit South Korea
South Korea's Yonhap News reports that a poster called the "president of the anti-nuclear group in Hawaii" released a series of leaks to Twitter beginning on December 15, including employees' personal data, and blueprints for the Gori-2 and Wolsong-1 nuclear reactors. "If I don't see the reactors being closed on Christmas, I have no choice but to go public with all of the data and go ahead with a second round of destruction," read one message, while another threatened to "open to the world 100,000 pages of data that have not yet been revealed."

South Korean officials sought to allay fears that the safety of the reactors could be compromised. "It is 100 percent impossible that a hacker can stop nuclear power plants by attacking them, because the control monitoring system is totally independent and closed," a KHNP official told Reuters. South Korean authorities are investigating the hack, but have so far not commented on who they believe to be behind the attack.