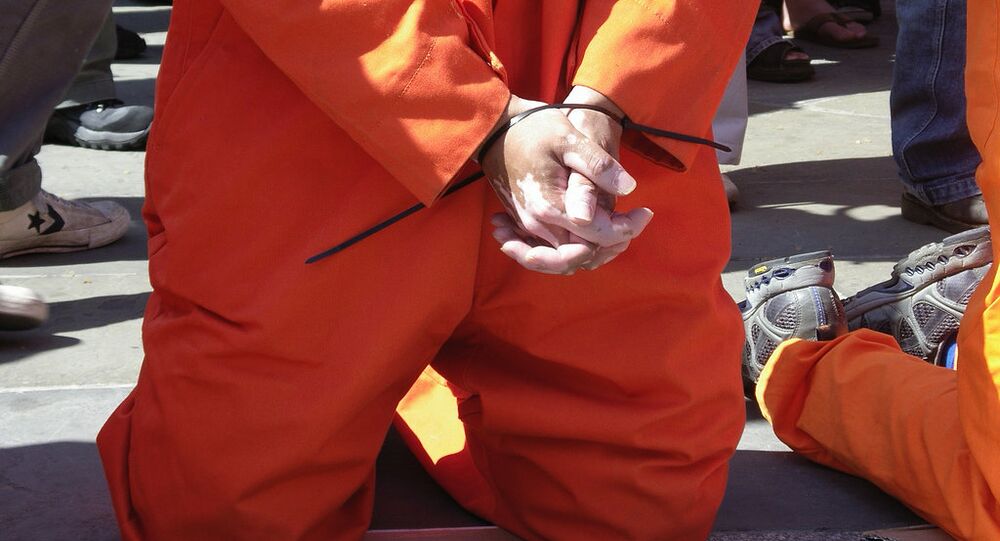 The United States wanted to buy Russian citizen Akhlas Akhlaq, who has been sentenced to death in Pakistan, for interrogation but decided not to after Akhlaq said he was a Russian citizen.

© Flickr / Patrick Feller
Russian Sentenced to Death in Pakistan in 2003 Could Be Hanged Sunday
MOSCOW, December 21 (Sputnik) — The United States wanted to buy Akhlas Akhlaq, who was imprisoned in Pakistan on charges of attempting to assassinate the country’s former president, Pervez Musharraf, but decided not to after Akhlaq said he was a Russian citizen, his father told Sputnik Sunday.

"They [the Pakistani authorities] wanted to sell him [Akhlas] to the Americans," Akhmad Akhlaq said, adding "He said that [he was] Russian, so they didn't buy him."
According to Akhmad, Americans regularly buy foreign prisoners from Pakistan and "some are kept in Poland, some were kept in Bulgaria, and some were in Egypt, and some [of the] Pakistanis bought were [kept in] Guantanamo Bay.”

Akhlaq’s father also told Sputnik that some of the prisoners who the United States purchases are killed.

"[A police inspector] has informed me that [my] son will be hanged today in the morning time. And they asked me to come immediately to Faisalabad to see him for the last time," Akhmad told Sputnik early on Sunday.

Akhlaq has been found guilty of attempting to assassinate Pakistan’s then-president Pervez Musharraf in 2003; he was trialed by a military court as a Pakistani citizen, despite his father having presented several documents proving that his son, whose mother is Russian, was born and raised in Russia.

The Russian Foreign Ministry has contacted the Pakistani authorities several times in an attempt to resolve the case.

Akhlaq is one of Pakistan’s many prisoners who have come under the threat of being executed since Pakistani Prime Minister Nawaz Sharif decreed that the death penalty moratorium be lifted in the country in an effort to fight terrorism.

Sharif’s decision came after 132 children were killed in a terrorist attack on a school in the Pakistani city of Peshawar.