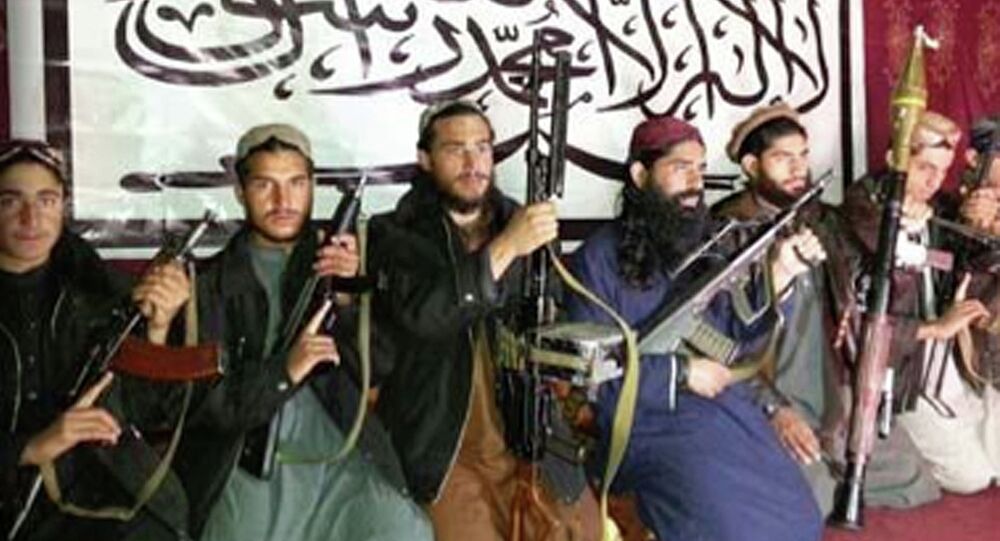 In a video released by Tehreek-e-Taliban, Umar Mansoor claimed responsibility for the attack on the Army Public School in Peshawar, the deadliest militant assault in Pakistan.

© East News / MODE/ Daniel Sambraus
Pakistanis Write Open Letter to CNN Following Peshawar Massacre
Tehreek-e-Taliban said Mansoor masterminded the assault in a video posted on Thursday. "If our women and children die as martyrs, your children will not escape," the father of three said, as quoted by the Independent. "We will fight against you in such a style that you attack us and we will take revenge on innocents," he stated in an attempt to justify the attack.

Tehreek-e-Taliban described Mansoor as the leader of the Taliban in the Pakistani city of Peshawar and Darra Adam Khel, a town located between Peshawar and Kohat.

Mansoor is said to have joined Taliban in 2007, Reuters said, citing unnamed sources from the Taliban. He is nicknamed "nary", meaning slim in Pashto. "He was very strict from the start when he joined," a Taliban member told the news agency, adding that Mansoor "left many commanders behind if they had a soft corner (of their heart) for the government."

© REUTERS / Khuram Parvez
Pakistani Police Arrest Four Suspects of Peshawar School Attack
"Umar Mansoor had a tough mind from a very young age, he was always in fights with other boys," a member of the Taliban said, as quoted by Reuters. Another militant described Mansoor as a person who "strictly follows the principles of jihad."

On Tuesday, militants from the Tehreek-e-Taliban Pakistan (TTP) carried out an attack on the Peshawar school, killing 141 people, mostly children. Militants said they assaulted the school in retaliation for an operation carried out by the Pakistani army in North Waziristan and the Khyber area.