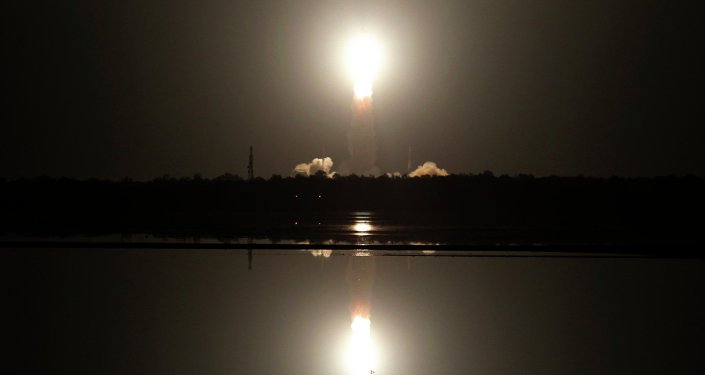 The GSLV Mark 3 was launched early morning from the Satish Dhawan Space Centre at Sriharikota in the eastern Indian state of Andhra Pradesh.

The payload for the rocket's maiden flight was the Crew Module Atmospheric Re-entry Experiment (CARE) that the ISRO has been working on for its future manned missions.

Indian Prime Minister Narendra Modi congratulated the scientists for their efforts. "Successful launch of GSLV Mk 3 is yet another triumph of brilliance and hard work of our scientists. Congrats to them for the efforts," he tweeted.

Successful launch of GSLV Mk-III is yet another triumph of brilliance & hardwork of our scientists. Congrats to them for the efforts. @isro

GSLV Mark 3 is India's most powerful and the heaviest rocket send to space so far. It is expected to help the ISRO place heavier communication satellites of up to 11,000 pounds into orbit. The Indian space agency said the rocket was conceived to make India fully self-reliant in launching heavy satellites. Its longer-term objective, however, is the manned space program.