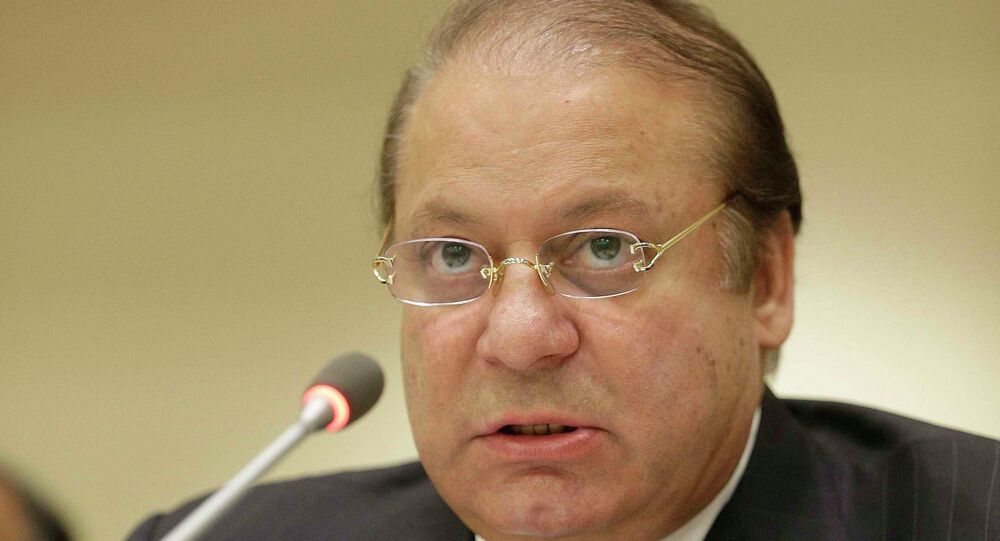 Following the massacre that took place in Peshawar, Pakistan, the leaders of the country met in a conference condemning the attack by the Taliban.

“We announce that there will be no discrimination between “good” and “bad” Taliban and have resolved to continue the war against terrorism till the last terrorist is eliminated.”

“We have all unanimously decided that a committee comprising of all parliamentary parties under Interior Minister Chaudhry Nisar will prepare a plan of action which will be submitted to national leadership within seven days,” added Nawaz Sharif.

Member of armed forces, intelligence and political parties will be a part of the committee, says PM Nawaz.

© REUTERS / Zohra Bensemra
Death Toll in Pakistan School Attack Rises to at Least 141
“Operation Zarb-e-Azb is continuing successfully but what we have decided today encompasses how to tackle terrorism from the whole country.”

Regarding lifting the ban on death penalty in terror cases, PM Nawaz says, “We have proposed terror cases should be expedited. If terrorists are not punished, then who will be punished?” he questions.

A large number of people gathered outside Army Public School in Peshawar where yesterday's attack took place. People were holding candles in vigil in lieu of the attack, Express News reports.