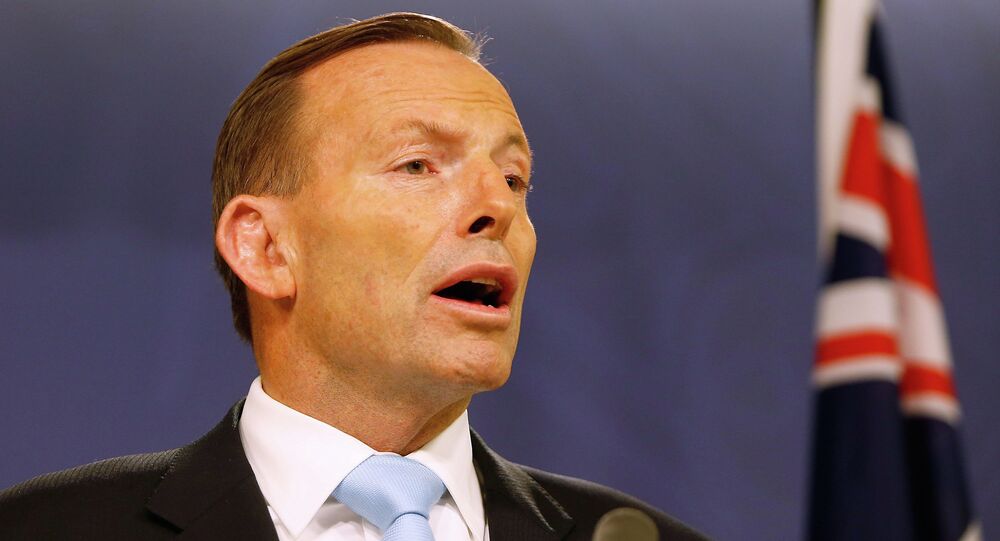 Australian Prime Minister Tony Abbott stated that the 16-hour siege claimed the lives of "decent, innocent people who got caught up in the sick fantasy of a deeply disturbed individual."

Speaking before journalists, Abbott said the 16-hour siege claimed the lives of "decent, innocent people who got caught up in the sick fantasy of a deeply disturbed individual."

Man Haron Monis, an Iranian refugee and self-styled radical cleric who took several dozens of customers and staff at the Lindt Cafe captive, was reportedly on bail for some 40 charges of sexual assault and alleged involvement in the death of his ex-wife, according to the BBC.

"It's pretty obvious that the perpetrator was a deeply disturbed individual [with] a long history of crime, a long history of mental instability, and infatuation with extremism," Abbott told reporters in Sydney.

© Fotobank.ru/Getty Images / Mark Metcalfe
Sydney Siege Over: 3 Confirmed Dead, 6 Injured
The 49-year-old Monis, who referred to himself as "Sheikh Haron," launched the attack on a cafe in Martin Place, a busy pedestrian thoroughfare, on Tuesday morning (23:00 GMT Monday).

He forced the hostages to hold up against the cafe's window a black banner with Arabic writing, initially erroneously identified as that of the Islamic State (IS) group, raising fears of an Islamist terrorist attack.

In his speech, Abbott linked the attack on the cafe, which he described as "politically motivated," to the rise of the IS group in the Middle East.

© Sputnik / Mark Dadswell
Australian Intelligence Gets New Powers to Fight IS Terrorism Abroad
"It is interesting that ISIL [IS] death count seems to attract people like that," Abbott said, stressing that the movement had "nothing to do with any real religion."

Several Muslim groups in the country earlier condemned the attack, describing the inscription on the flag as a "testimony of faith that has been misappropriated by misguided individuals."

Concerns have been raised that the recent act of violence by an Islamic radical could lead to a surge in hostility against Muslims, prompting some Australians to offer to escort them work.