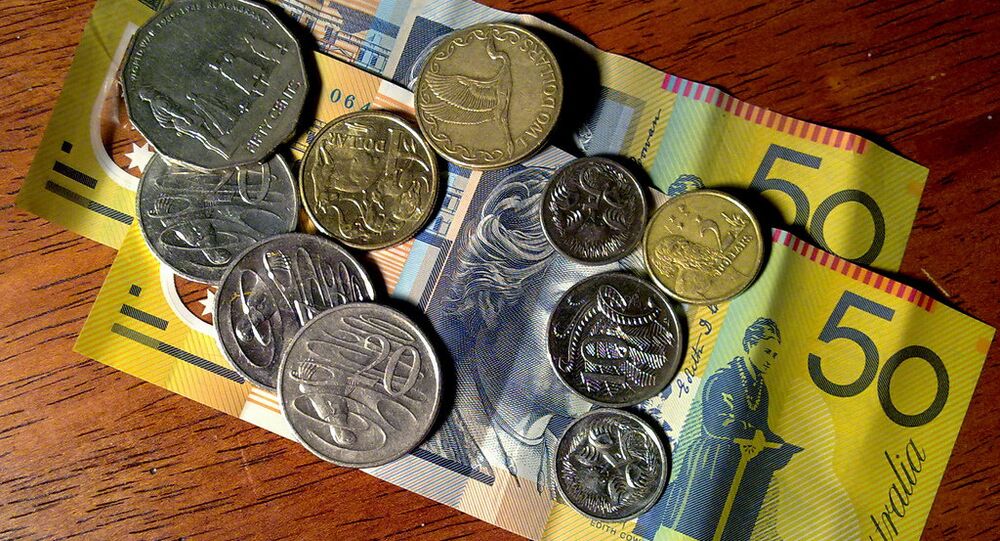 Australia released it's Mid-Year Economic and Fiscal Outlook, saying that the country is witnessing the largest fall in terms of trade since records began in 1959 with the budget deficit now expected to rise some 9 billion Australian dollars higher than expected,in the 2014-2015 financial year.

The terms of trade of a country are the difference between the value of exports and imports.

"In the last six months unforeseen events have hit the Australian economy. In particular, we are now witnessing the largest fall in terms of trade since records began in 1959," Joe Hockey, the Treasurer of Australia, was quoted as saying in a statement dated to the MYEFO publication.

Hockey blamed the "income volatility" of Australia's key export commodities, such as wheat and iron ore, for negatively impacting the budget bottom line. He added that because of the situation the tax receipts are expected to fall by $26.4 billion in the next four years.

The prices of iron ore and wheat have fallen by 30 and 20 percent respectively since the budget was presented to the Australian parliament in May. Unemployment will see a 6.5 percent rise, and the government is to decrease foreign aid by $3 billion in the coming three years, the report stated.

© Sputnik / Vladimir Astapkovich
Free Trade Agreement Between Australia, South Korea to Take Effect in December: Ministry
Delays in passing legislation and negotiations with the Senate, the upper house of Australia's parliament, will cost the budget more than $8.7 billion in 2015-2019, according to the paper.

Treasurer Hockey, however, stated that the government was on the right track to fix the budget, despite the many challenges they faced, adding that historically low interest rates, massive investment and new trade deals with Asian partners would all have an impact.

In 2014, Canberra signed free trade deals with South Korea, China, and Japan, opening markets worth billions of dollars for a number of Australian industries.