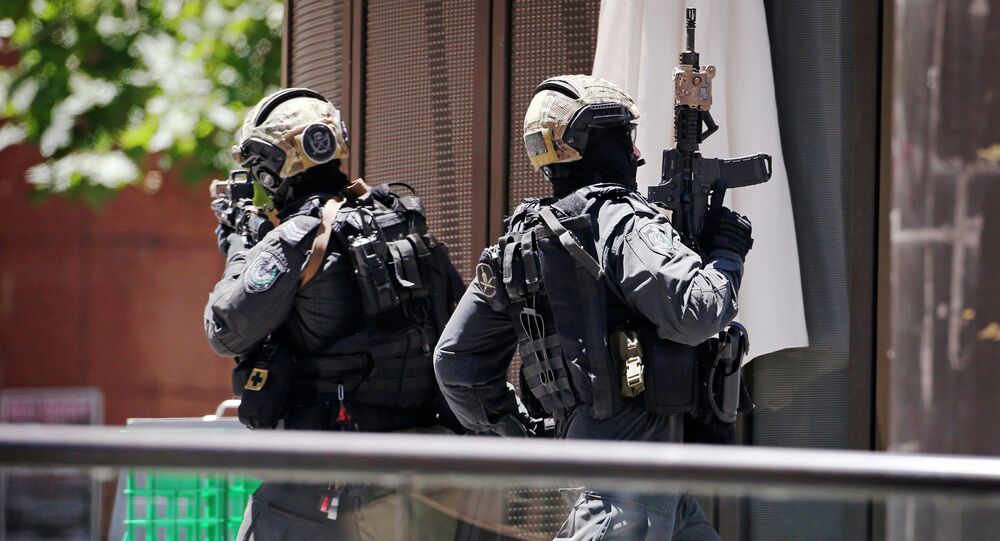 Up to 13 hostages have been reportedly taken at a Sydney cafe near the Australian central bank by at least two extremists with backpacks and devices similar to suicide belts.

MOSCOW, December 15 (Sputnik) — At least two extremists that took up to 13 hostages at a Sydney cafe near the Australian central bank are carrying backpacks and devices similar to suicide belts, according to the local 7News TV channel.

At around 10:00 a.m. local time (02:00 a.m. Moscow), customers and staff were taken hostage by armed persons at Sydney's Lindt Cafe. At least 13 hostages are reported to be inside the cafe in the heart of the largest city in Australia.

The information has not been confirmed by the Australian police.

The national security committee of cabinet was reported to have convened for an emergency briefing. The media have also reported the evacuation of the Sydney Opera House after a suspicious object was found.

Australian authorities issued the country's first high-level terrorist threat in September. Australian Prime Minister Tony Abbott said that an Islamic State (IS) leader ordered his followers to carry out a number of "demonstration killings" in Australia. The terrorists were reportedly tasked with randomly choosing a victim, wrapping them in the extremist group's flag and beheading them.