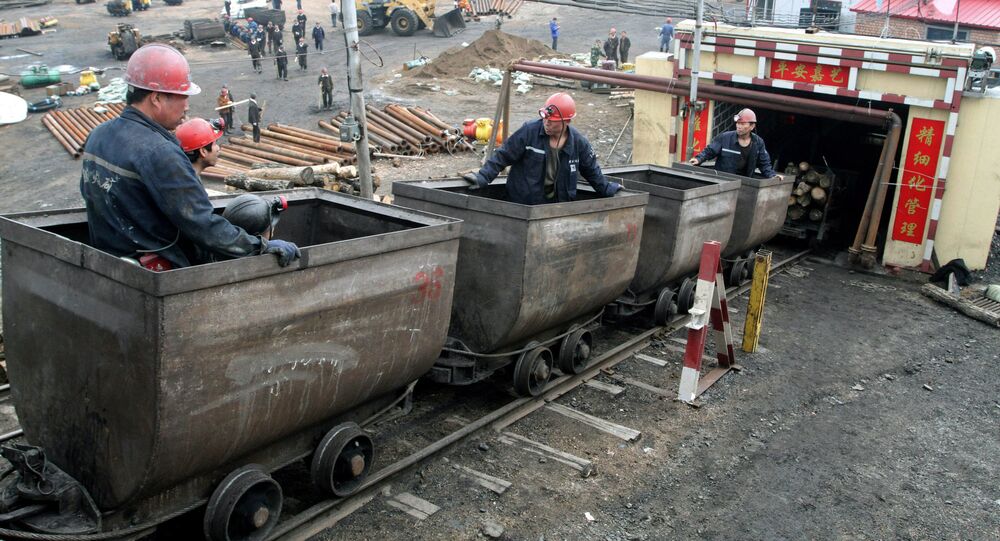 A gas explosion at a coal mine early Sunday killed ten people in the northeastern Chinese city of Jixi, Chinese media reported.

© Fotobank.ru/Getty Images / ChinaFotoPress
Explosion in Chinese Residential Community Injures 13 People: Reports
MOSCOW, December 14 (Sputnik) — Rescuers found the bodies of ten miners who had been trapped underground following a gas explosion at a coal mine in the Chinese city of Jixi, in the country’s northeastern Heilongjiang Province, CCTV reported Sunday.

The explosion occurred at around 10:10 a.m. local time (2:10 GMT), according to the provincial safety supervision and administration bureau.

The number of people working in the mine at the time of the incident was not specified.

Rescue workers began retreiving the workers’ bodies shortly after arriving at the site of the explosion at the Xingyun Colliery in Jidong County.

The cause of the accident is yet to be determined, and an investigation has begun, China News Service explained.

Chinese government statistics show that 1,049 people were killed in 689 mining incidents over the past year. Improved safety standards in China’s mines have reduced the number of fatalities significantly over the past decade, but high demand for coal to power the country’s growing economy makes accidents a regular occurrence.
...
Reddit
Google+
Blogger
Pinterest
StumbleUpon
Telegram
WhatsApp
32