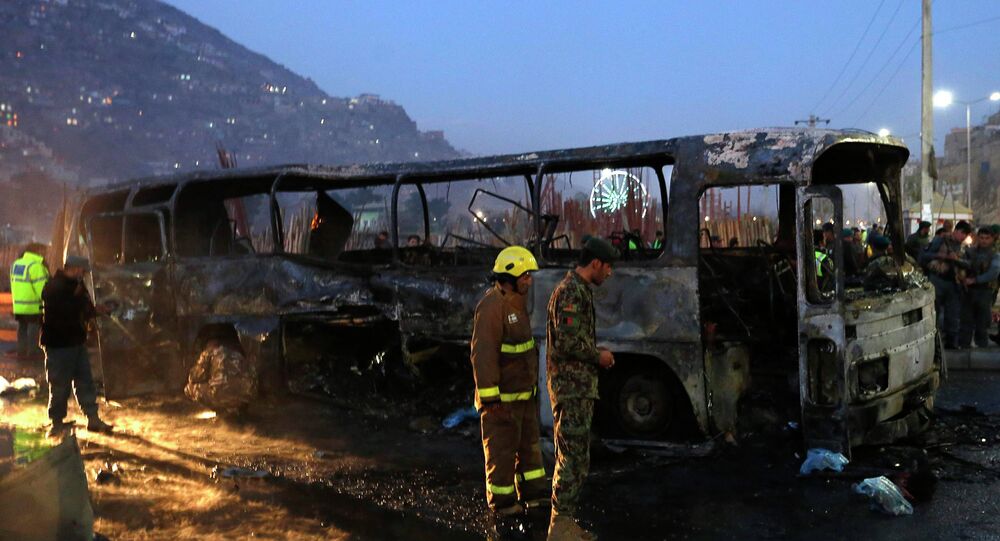 Suicide bomber has blasted an army personnel bus in Kabul, capital of Afghanistan, according to statement of Afghanistan Defense Ministry.

The bus reportedly was burnt down as a result of the attack that took place in the Afghan capital of Kabul.

Earlier in the day, reports suggested another terrorist attack that killed at least 12 mine-clearing workers. A senior Supreme Court official has also been killed, with the Taliban extremist group claiming responsibility, according to the Saturday media reports.

© AP Photo / File
Over 5,000 Killed in Jihadist Attacks Worldwide in November: Study
Afghanistan is targeted by attacks more and more often, as international troops in the country are due to leave by the end of the year.

On Friday, Amnesty International said that Taliban and other armed groups' attacks on the Afghan civilian population amounted to war crimes, calling them "reprehensible". The organization called on those responsible for the attacks to be brought to justice.

Terrorism has long been one of the most significant problems for Afghanistan, with the country suffering from fighting the Taliban movement and other armed groups who repeatedly carry out terrorist attacks.