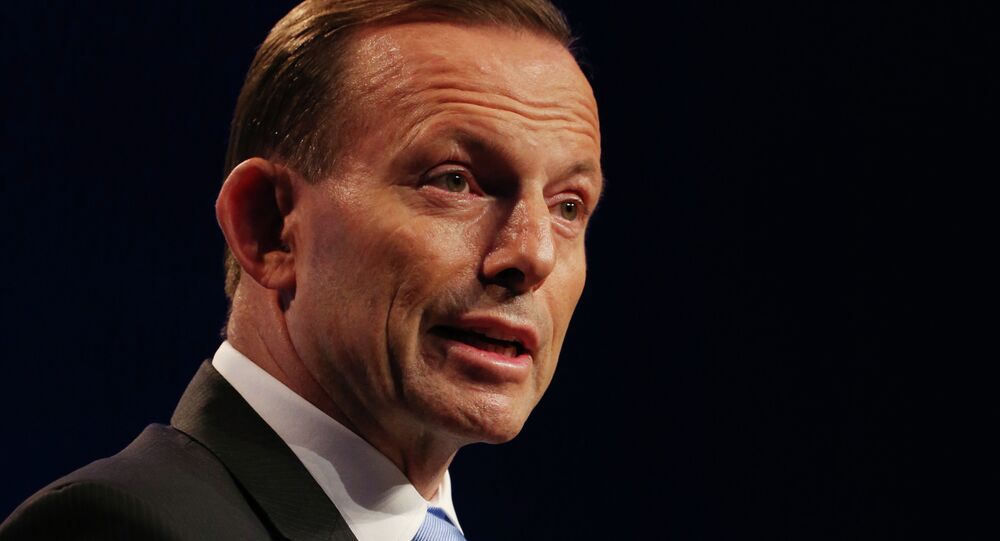 © REUTERS / Jason Reed
Australian Human Rights Commission Deplores Aboriginal Conviction Rate
MOSCOW, December 12 (Sputnik) — Australian Prime Minister Tony Abbott has announced that constitutional acknowledgment of Aboriginals is a must, and that a referendum on the issue should be held in 2017.

“Our most serious failure as a nation has been our difficulty in acknowledging the people we displaced. So I am a supporter of constitutional recognition. I hope that it [referendum] might happen on the 50th anniversary of the 1967 referendum, the 27th of May, 2017. That would be a richly symbolic time to complete our constitution,” Abbott stated in a video on Thursday.

© REUTERS / Jason Reed
Aboriginal Rights Activists Burn Australian Flag During G20: Reports
Abbott made the statement at a dinner to raise funds for the referendum. He noted that Australia needs to abandon its “them and us mindset.”

“It is high time that this reality was finally recognized in our constitution,” Abbott added.

"Let's get behind this incredibly important cause #ConstitutionalRecognition,” Abbott tweeted.

A great night at @RecogniseAU dinner. Let's get behind this incredibly important cause #ConstitutionalRecognition pic.twitter.com/5Ng7J9sAbK