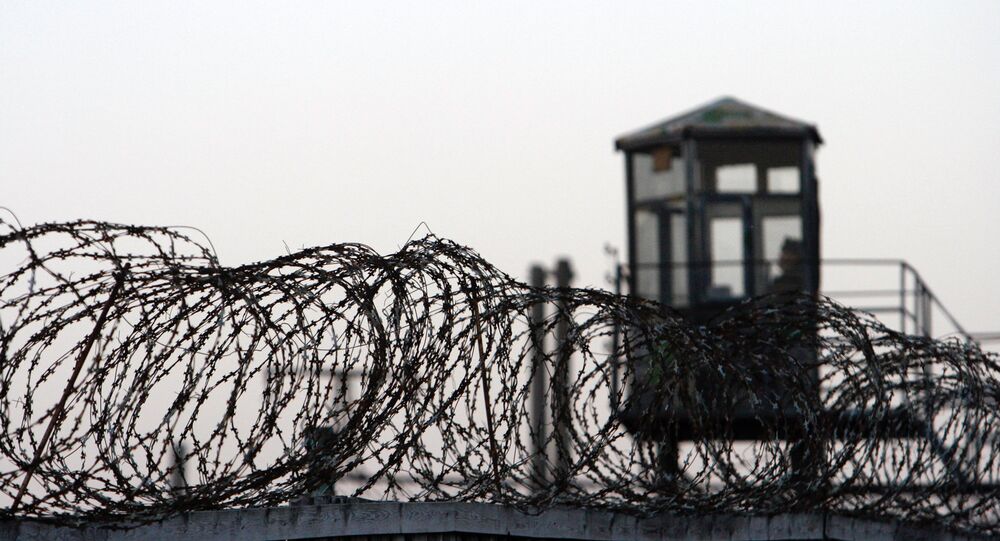 The notorious prison Bagram, where hundreds of detainees had been tortured by American soldiers since 2001, has finally been closed.

MOSCOW, December 11 (Sputnik) – The detention facility, on the outskirts of Kabul, has long been considered Afghanistan’s Guantanamo Bay. The prison held hundreds of detainees, reports Time.

The United States said on Thursday it had shut Bagram prison in Afghanistan and no longer had custody of detainees there, closing a much-criticized chapter in Washington's fight against Islamic extremism.

The US Defense Department said it flew the last detainees from Bagram Airfield to their respective countries. It closed the prison day after a Senate report detailed abuse at a secret CIA prison in Afghanistan.

“Effective as of 10 December 2014, the Defense Department no longer operates detention facilities in Afghanistan nor maintains custody of any detainees,” said Col Brian Tribus, a spokesman for US forces in Afghanistan, reports The Guardian.

It is Violation of Human Rights: US Psychological Association Representative on CIA Torture Report
The first American detention center at Bagram airbase was set up soon after US troops arrived in the Afghanistan in late 2001 to fight the Taliban government. It had earned the reputation of a brutal and dangerous place. Guards tortured prisoners so violently that two died from mistreatment in 2002, one of them was a taxi driver, who, how even interrogators later admitted, was probably just in the wrong place at the wrong time.

Afghanistan’s former president, Hamid Karzai, strongly condemned conditions at the jail and saw its very existence as a violation of Afghan sovereignty. On numerous occasions he demanded control of Bagram prison, any other foreign jail and all the Afghans being held imprisoned by foreigners in their own country, reports The Guardian.

As reported by Reuters, Pakistani citizen Kamil Shah, released without trial after five years in US custody in Afghanistan from 2004, when he was 16, said he had been beaten by US personnel during his stay in Bagram.

"I was in isolation for 11 months," said Shah, who was among some 2,500 juveniles the United Nations identified as having been detained in Afghanistan, Iraq and Guantanamo Bay by the United States since 2001. "I wish I could fight a legal case on behalf of all innocent Pakistanis who were in prison and tortured," he added.