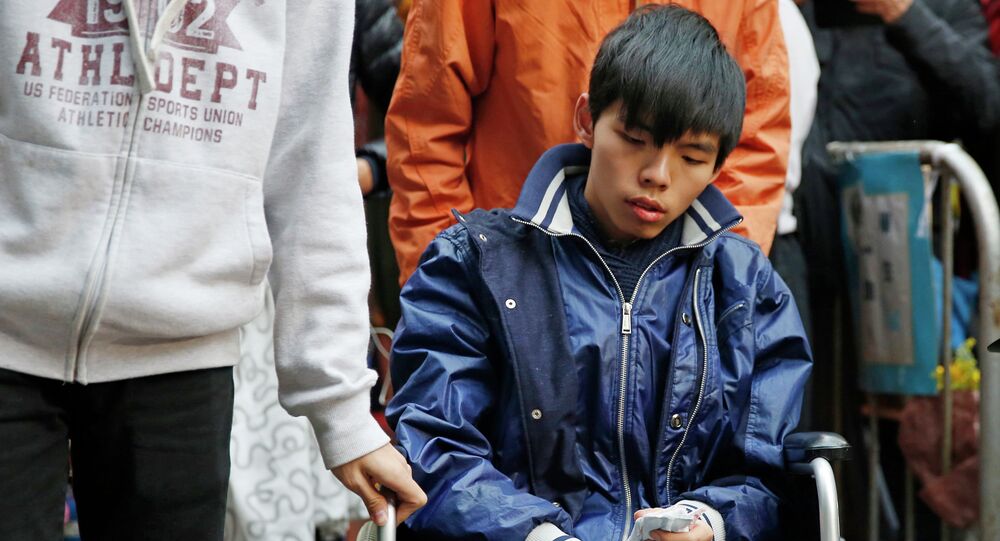 "After more urging from medical staff and seeing [Wong] being extremely weak to the point of breaking, he has ceased his fast," Scholarism activist Derek Lam Shun-hin was quoted as saying at a press conference by the newspaper.

Wong had joined other student leaders on Tuesday for the hunger strike following Hong Kong Chief Executive Leung Chun-ying’s rejection to hold dialogue with the students. Leung said he was open to talks only when the students stopped the protests as demanded by Beijing, the SCMP reported.

According to Lam, three other student leaders are still pursing the hunger strike but are weak.

Wong has been one of the main faces behind the Occupy Central civil disobedience movement which began in September. Protests began when Beijing decided to appoint a limited number of candidates vetted by a standing committee to run for the 2017 Hong Kong Chief Executive election.

Pro-democracy activists flooded the streets, blocking roads and demanding a full universal suffrage. The protests have led to numerous arrests and the escalation of violence in Hong Kong.