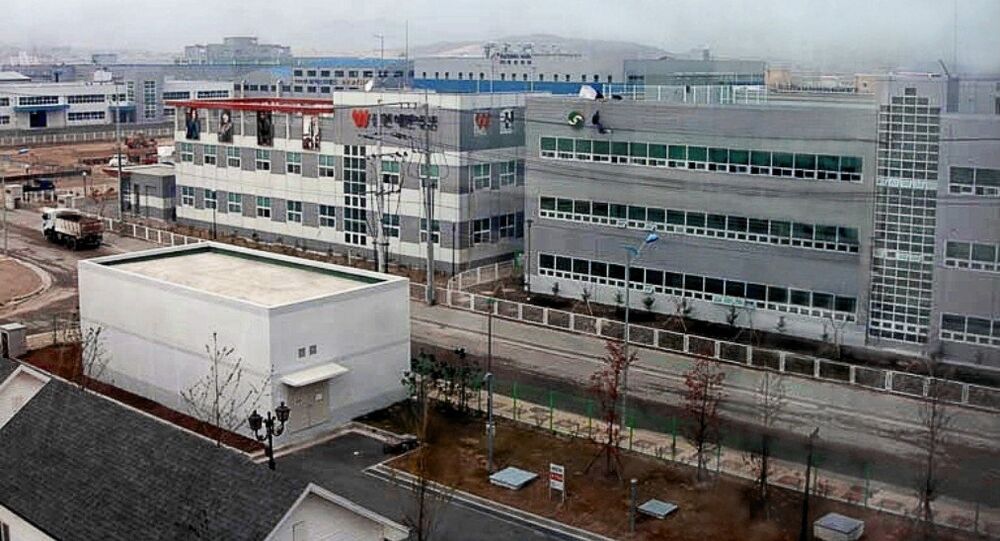 The North Korean government has regularly demanded a rise in minimum wage rates, with South Korea rejecting the proposal, according to Voice of America.

Citing the website of North Korea’s Central News Agency, Yonghap notes that the Presidium of the Supreme People’s Assembly made the amendments, ostensibly “to enhance labor quality and productivity,” late last month.

The release further noted that the zone’s North Korean supervisory committee will determine the rate of rises in wage rates from this point on. Prior to this decision, wages had been limited to a 5 percent yearly rise; they currently average about $70.35 a month, up from $50 in 2004, when the zone first opened.

Voice of America had reported earlier this year that the North Korean government has regularly demanded a rise in minimum wage rates, with South Korea rejecting the proposal, citing cost competitiveness.

© Sputnik / Alexey Zhidakov
Kim Jong Un’s Sister May Visit South Korea
South Korea’s Unification Ministry told Yonhap that it had not yet received any official notification. Rossiyskaya Gazeta has explained that the unilateral amendments are likely to provoke a serious dispute between the two countries when the DPRK formally informs the South Korean government of its decision.

Yonghap has made no mention of the nine other unilateral amendments to the agreement.

The Kaesong Industrial Complex, covering 66 kilometers, is located about 10 kilometers from the Demilitarized Zone border between North and South Korea, and is a major source of revenue for the hard currency-strapped communist country. Over 120 South Korean companies have manufacturing works at the territory, with about 1,000 technical and managerial specialists from the South operating alongside nearly 50,000 workers from the North.

The industrial park was shut down from April to September 2013 as tensions between North and South Korea flared. Earlier, in 2012, it was reported that eight companies were forced to pay the equivalent of $160,000 US in taxes, a unilateral decision which had not been negotiated with South Korea, thus violating the district’s law.

Russian officials and businessmen had earlier expressed interest in the zone, which has recently been opened up to companies from outside South Korea. This has been a part of growing interest in economic cooperation between Russia and the DPRK.