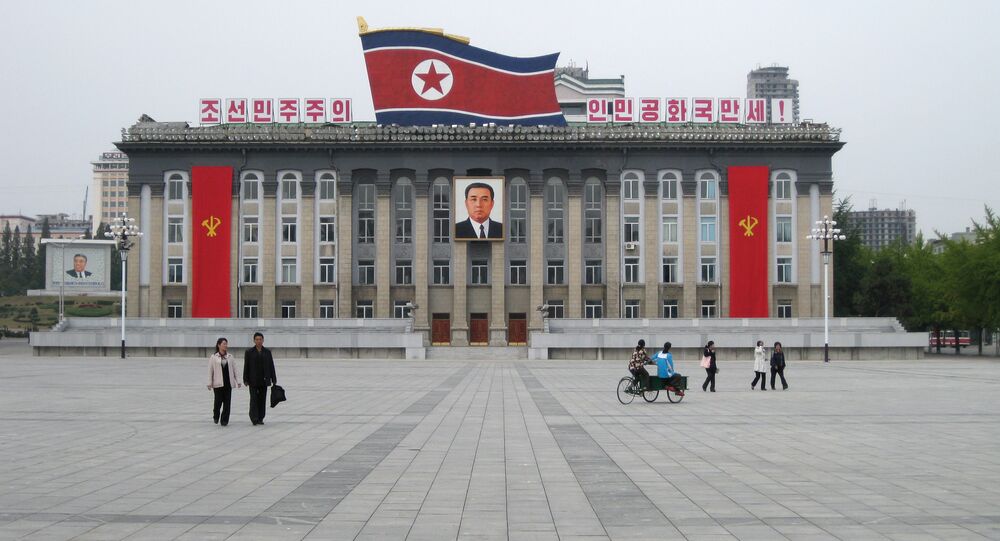 North Korea has officially denied it was behind the notorious cyber attack against Sony Pictures Entertainment, claiming that linking Pyongyang to the Sony hacking 'is another fabrication targeting the country.'

© East News / KATSUMI KASAHARA
North Korean Hackers Suspected of Cyberattack Against Sony Pictures
MOSCOW, December 4 (Sputnik) — Pyongyang has dismissed allegations that North Korea was behind a cyber attack against Sony Pictures Entertainment, which led to a huge leak of the company's sensitive information.

"Linking [North Korea] to the Sony hacking is another fabrication targeting the country. My country publicly declared that it would follow international norms banning hacking and piracy," claimed an unnamed Pyongyang diplomat as quoted by the Guardian.

The media outlet stresses that it is the first time the Democratic People's Republic of Korea ahs (DPRK) officially denied its involvement in the notorious cyber attack, adding that earlier this week North Korea's UN spokesperson "refused to rule out Pyongyang’s involvement." "Just wait and see" who conducted the attack, he said.

© Fotolia / apops
Sony Pictures Network Shut Down After Cyberattack: Reports
However, "independent security researchers said there were solid clues that the attack had originated in the secretive nation," the BBC stresses. Experts pointed out to evident similarities between the cyber attack against Sony Pictures and the intrusion into the South Korean broadcaster's computer networks last year, dubbed "Dark Seoul".

Experts suggest that Pyongyang could use hackers based in China in order to attack the US company "in retaliation" for the release of "The Interview." A comedy, scheduled for release on Christmas Day, which tells the fictitious story of two American journalists trying to assassinate Kim Jong Un, the North Korean leader.

Pyongyang has already qualified the film as "the most undisguised sponsoring of terrorism as well as an act of war" in an official letter addressed to Ban Ki-moon, the UN Secretary General.