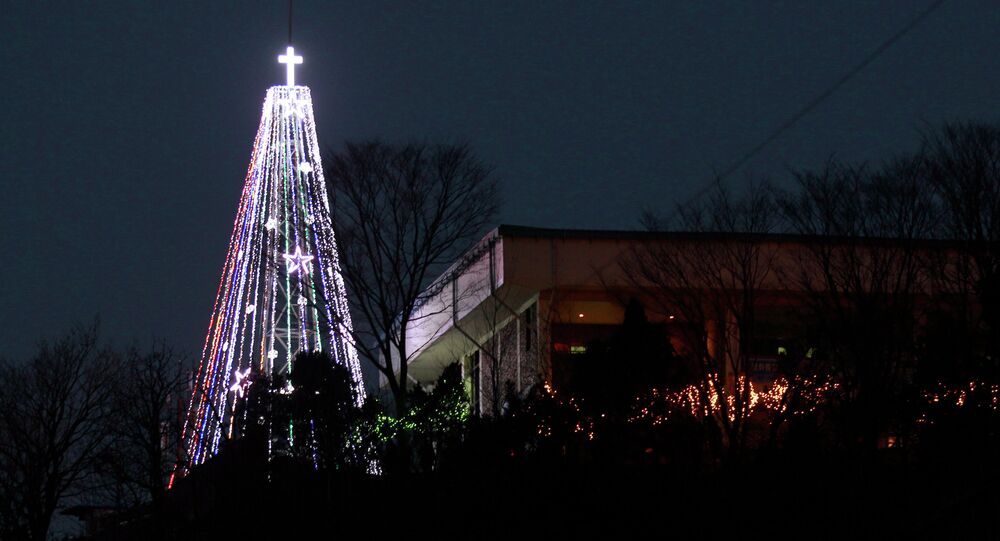 A nine-meter-tall Christmas tree will decorate the border between South Korea and North Korea, Seoul has decided. Some suggest the tree will provoke a new wave of psychological war between the countries.

© AP Photo / Ahn Young-joon
S Korea Sends Balloons, Leaflets To North Korea Amid Leader’s Disappearance
The tree will be put up in place of a conical metal construction decorated with lights from one of South Korean religious organizations, dismantled in October due to its decrepitude.

According to Japanese news agency Kyodo, it used to symbolize South Korea’s prosperity, and was part of “psychological war” with North Korea. Given the latter’s animosity toward the construction, it is likely that the Christmas tree will provoke a similar reaction.

According to Kyodo, the dismantling of the metal contraption stirred up controversy in South Korea, with President Park Geun-hye reportedly outraged by it.

The Defence Ministry stated that the installation of the tree would “ensure implementation of religious activities.”