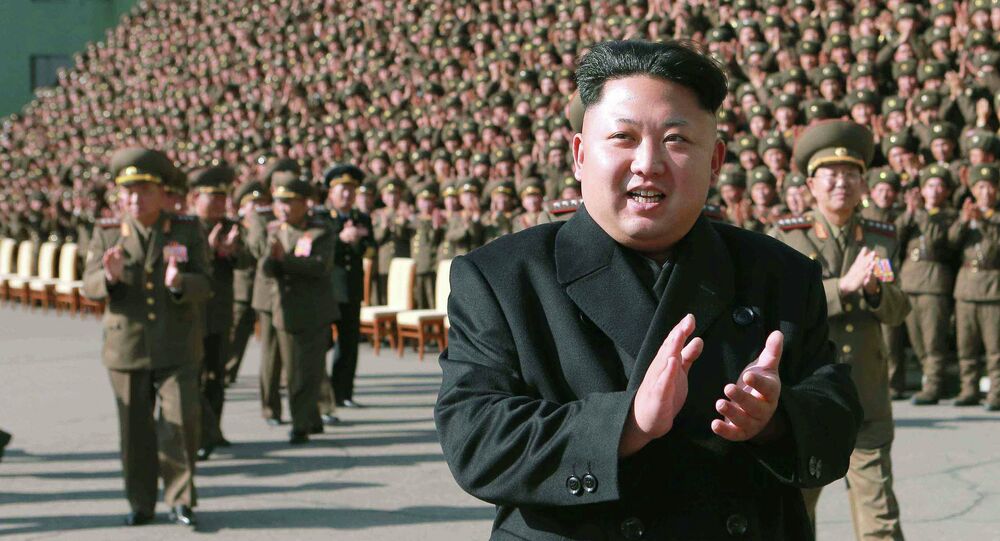 Kim Jong Un, a habitual smoker, said he thinks there is no need for foreign cigarettes in the country as domestic ones are of a high quality. The brand of his favorite cigarettes is still unknown.

Kim, a habitual smoker, said he thinks there is no need for foreign cigarettes in the country as domestic ones are of a high quality, according to a source involved in trade with North Korea.

© Sputnik / Ilya Pitalev
Kim Jong Un Orders Rare Snake Wine to Improve Virility: British Tabloid
Kim Jong Un, reportedly in his early 30s and educated in Switzerland has often been seen smoking during his public appearances. However, the brand of his favorite cigarettes is still unknown.

According to observers, the leader’s orders might have stopped imports of foreign cigarettes to North Korea, but it is uncertain whether the move will actually affect their consumption due to the thriving illegal traffic of cigarettes into the country.

According to the World Health Organization, the smoking rate in North Korea is the highest in Asia at more than 50 percent. According to media reports, more than 46 percent of males aged 15 and over smoke, while the worldwide average is about 31 percent. In 2013 only, North Korea imported cigarettes worth $65.3 billion.

The average price of a pack of North Korean cigarettes is $0.36-0.50, which is equal to the price of two kilograms of rice. A pack of foreign cigarettes can sell for $5-10, which is 10-20 times higher.

WHO Praises Russia's Efforts to Reduce Smoking in Country