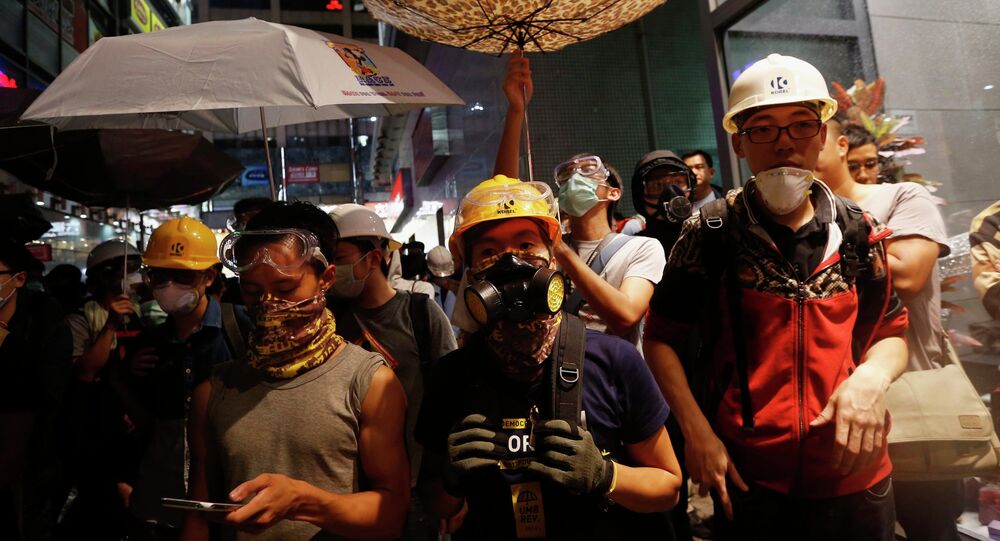 Nearly 30 protesters reportedly have been arrested by Hong Kong police during clashes in the district of Mong Kok on Saturday morning.

According to RTHK, 10 people were injured, among them are eight policemen.

On Wednesday, it was reported that 86 people were arrested in Mong Kok district, as the protesters attempted to block the roads. The arrested were accused of assaulting police, possessing weapons and participating in an unlawful assembly.