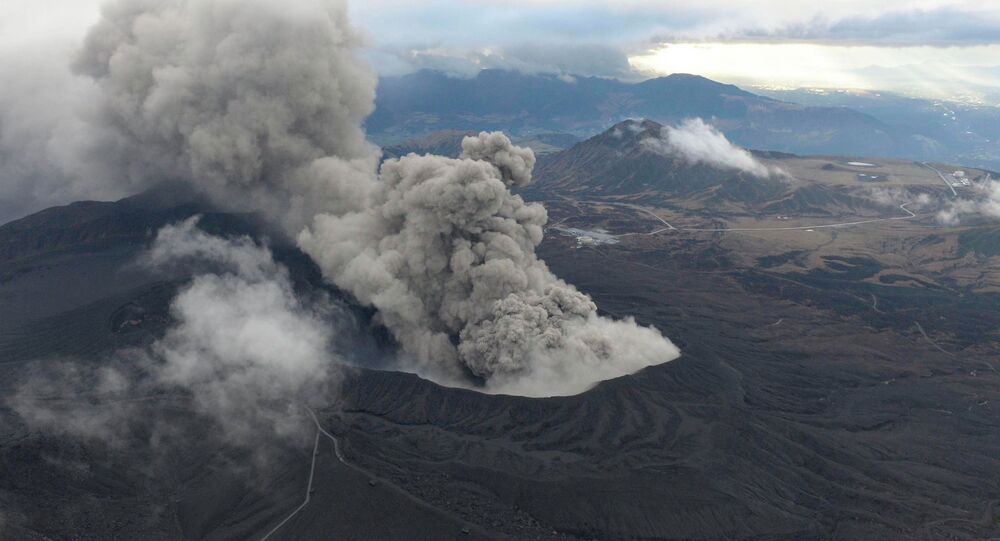 The active volcano Mount Aso in the southwest of Tokyo, Japan, has been shooting out chunks of magma since Friday morning, causing the authorities to cancel a number of flights across the southern part of the country.

The active volcano Mount Aso in the southwest of Tokyo has been shooting out chunks of magma since Friday morning. It ejected lava debris and plumes of ash a kilometer (3,280 feet) high into the air on Wednesday after tremors began the day before, the newspaper reported.

© REUTERS / Marco Garcia
Gigantic Volcanic Eruption Could Destroy Japan Within Hundred Years: Study
Flights have been cancelled from the nearest city, Kumamoto, following a warning from the country’s Meteorological Agency to stay away from the volcanic crater. However the country’s observatory does not foresee an escalation in the eruption. Most of the activity occurred one hour within the explosion.

According to the newspaper, some hikers near the summit may have been hit by the flying rocks within a one kilometer radius of the volcano.

Mount Aso is Japan’s largest active volcano. In September, more than 60 people died when another volcano in the country, Mount Ontake, erupted. Mount Ontake's eruption was the worst in Japan for 90 years.