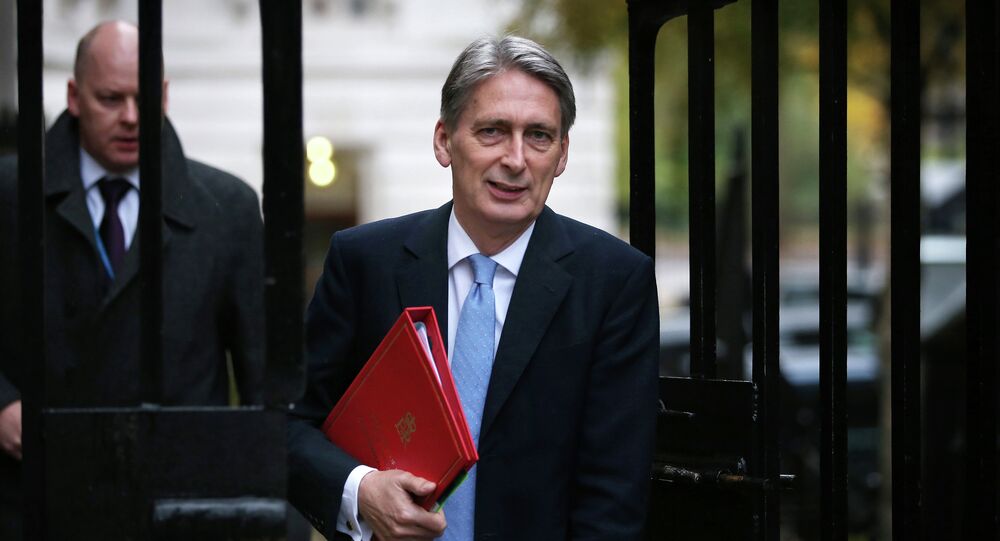 UK Foreign Secretary Philip Hammond condemned the suicide attack on a UK diplomatic convoy and confirmed that the incident would not "deter" the United Kingdom from continuing their partnership with the government of Afghanistan.

"I am deeply saddened to confirm that a British national civilian security team member and an Afghan national working for the Embassy were killed in the incident," Hammond said in the statement published on the government's official website.

"I condemn this appalling attack on innocent civilians supporting our diplomatic activity," he added.

© Flickr / NATO Training Mission-Afghanistan
Suicide Blast Kills 40 People in Afghanistan
Hammond also confirmed that the incident would not "deter" the United Kingdom from continuing their partnership with the government of Afghanistan.

According to the local Pajhwok news agency, the attack also killed four Afghan civilians and injured over 30 others. The Taliban claimed responsibility for the attacks as reported by the agency.

On November 23, another suicide attack killed some 50 people during a volleyball game in the Yahyakhail district of Afghanistan's southeastern province of Paktika when a suicide bomber detonated an explosive device in the stadium.