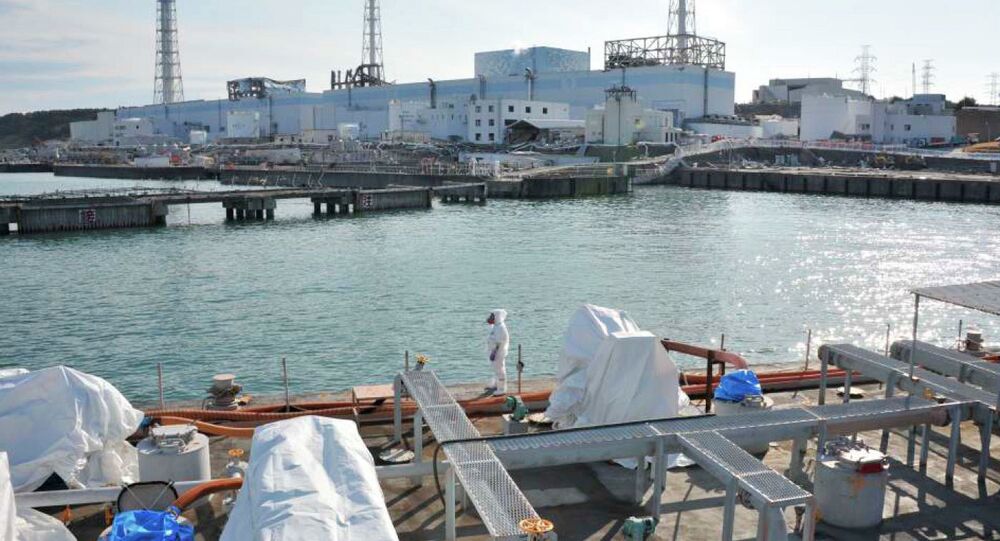 In April, TEPCO started experimentally freezing the highly contaminated water accumulated in the underground tunnels of the plant to prevent it from pouring into the ocean.

© Sputnik / Sergei Pyatakov
US Nuclear Plants to Implement Post-Fukushima Safety Requirements by 2016
TOKYO, November 25 (Sputnik) — The Fukushima power plant operator Tokyo Electric Power Company (TEPCO) on Tuesday announced that it was starting to cement the underground tunnels near the second power generating reactor in order to solve the problem of radioactive water leakage into the ocean through the groundwater.

In April, TEPCO started experimentally freezing the highly contaminated water accumulated in the underground tunnels of the plant to prevent it from pouring into the ocean.

For that purpose, the company began to build an "ice wall" of the frozen soil around the four disaster-hit reactors. However, it was impossible to freeze all of the water, due to the structural peculiarities of the tunnels.

© REUTERS / Shizuo Kambayashi/Pool
Contaminated Water Hampers Fukushima Cleanup Process
Last week, TEPCO admitted that the experiment had failed and said it planned to fill the tunnels with special cement, which would stop the contaminated water leaking.

The issue of radioactive water remains one of a few unsolved concerns in Fukushima following the catastrophe.

In March 2011, Japan was hit by a massive magnitude 9.0 earthquake and subsequent tsunami, claiming more than 15,000 lives and causing a number of explosions at the Fukushima nuclear power plant.

© Sputnik
TEPCO Removes Second Roof Panel Covering Fukushima Reactor: Report
In what has been dubbed the world's worst nuclear disaster since Chernobyl, three of the plant's reactors underwent a partial meltdown as radiation leaked into the surrounding atmosphere, soil and seawater.

Last August saw the worst radioactive water leak at the crippled Fukushima plant since the 2011 disaster, after 300 tons of water with strontium levels equaling 80 million becquerels per liter leaked from a storage reservoir into the Pacific Ocean. The leak was then classified as a level three incident on the International Nuclear Event Scale (INES).