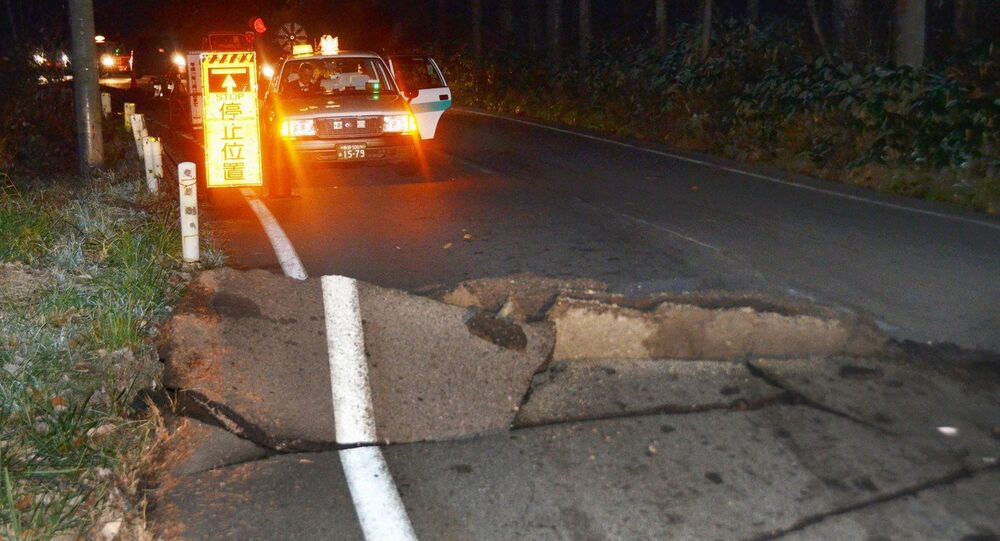 6.8-magnitude earthquake registered in the Nagano Prefecture with several people injured. Japan Meteorological Agency expects aftershocks to continue for about a week.

"An earthquake occurred in Nagano today… We have received information that there are people under rubble in the Hakuba village. A rescue operation is currently underway there. We will do everything possible to save those people and assist the injured," Suga told journalists.

According to Suga, several houses were destroyed in the Hakuba village, and Japan's self-defense forces were deployed there to help the residents affected by the earthquakes.

According to the Tokyo Electric Power Company (TEPCO), the Kashiwazaki-Kariwa Nuclear Power Plant located in the area was not affected by the earthquakes. Its nuclear reactors were shut down after the April 2011 earthquake and are not expected to restart until the end of 2015.

The Japan Meteorological Agency expects aftershocks to continue for about a week, which can cause mudslides and avalanches, the agency stated.

A 6.8-magnitude earthquake hit the northern part of the Nagano Prefecture earlier on Saturday. It struck inland at a depth of 10 kilometers (6.3 miles). The earthquake was felt in 27 out of 47 prefectures of Japan. There is no tsunami threat.