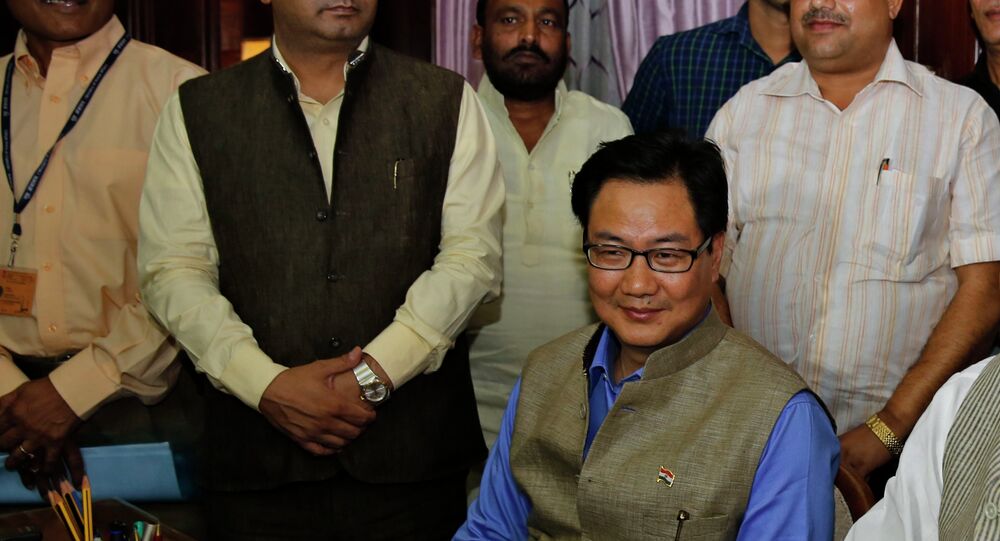 Indian Minister of State for Home Affairs Kiren Rijiju said that government will take every step to combat the recent increase of crime in Delhi.

"The government will take initiatives to stop such incidents in future. The recent spurt in crime is a cause of concern," the minister said.

Kiren Rijiju will also meet with Delhi government officials on Friday to take stock of the situation.

"I am conducting a meeting with the officials of Delhi Police and other senior officials so as to review the law and order situation in Delhi," the minister told Sputnik.

At least three people have been killed in Delhi in the past 48 hours.

A 33-year-old PhD scholar from Manipur was found dead in his South Delhi home on Wednesday.

The following day a-23-year-old student was found dead under mysterious circumstances at his home in South Delhi's Malviya Nagar locality.

In the third such incident, a young man from the northeast of India was found dead in South Delhi's Munirka area on Thursday night.