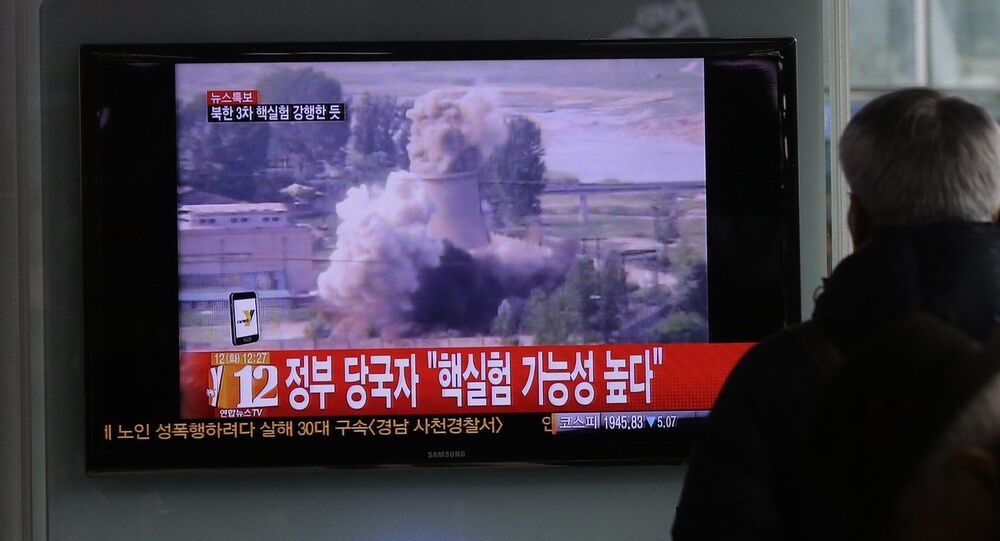 Pyongyang responded to the UN Report on human rights violations by threatening to conduct a nuclear test.

“The outrageous and unreasonable human rights campaign staged by the United States and its followers in their attempts to eliminate the state and the social system of the DPRK is compelling us not to refrain any further from conducting nuclear test,” the statement said. “We shall strongly respond without slightest tolerance to any attempts on the part of hostile forces to abuse human rights issue as a tool for overthrowing the social system in [North Korea].”

The resolution, passed by the UN human rights committee on Tuesday, condemned the “ongoing systematic, widespread and gross” human rights violations in North Korea and called on the Security Council to refer the situation in the country to the International Criminal Court.

North Korean delegates doubt the credibility of the report by the Commission of Inquiry, which the resolution was based on.

The report used “fabricated testimonies” of law-breaking defectors, thus it “is no more than the compilation full of groundless political accusations,” KCNA quoted North Korean authorities as saying.

To date, North Korea has conducted three nuclear tests, in 2006, 2009 and 2013, all of which led to international disapproval and sanctions imposed by the UN Security Council.