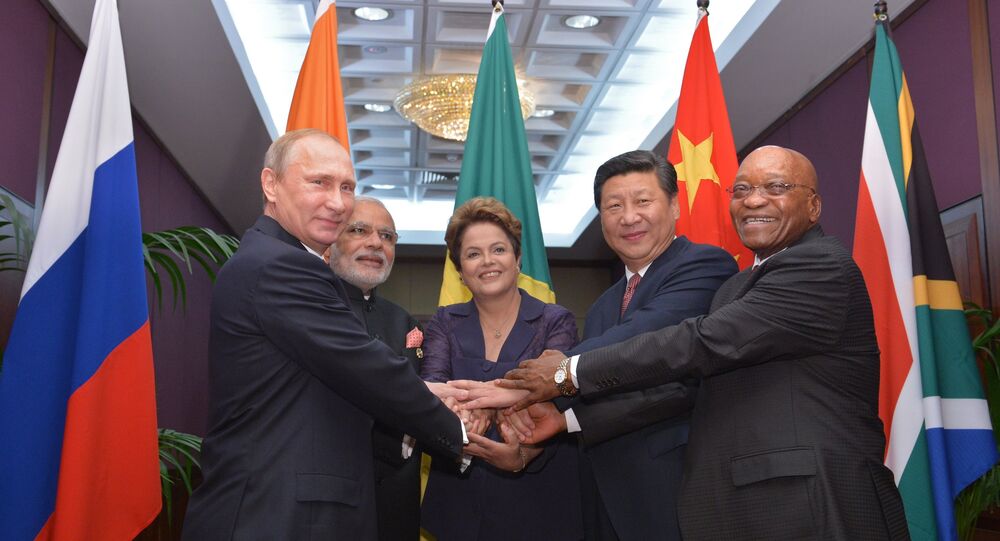 G20 leaders and heads of the invited countries have started first working session in Brisbane; the summit's agenda is expected to cover a wide range of issues, including global economic situation, infrastructure spending, actions on tax and anti-corruption.

BRISBANE, November 15 (Sputnik) — First working session of G20 leaders and heads of the invited countries has begun in Brisbane.

Following the meeting, participants are expected to take a joint photo.

Russian President Vladimir Putin has begun his working day in the framework of the G20 forum in Australia with a meeting with the BRICS countries’ heads. G20 leaders have already had an informal meeting and a breakfast together.

On Saturday evening, Australian Prime Minister Tony Abbott is expected to host a dinner. G20 leaders will go for a short walk, and then have a dinner with heads of the invited countries and international organizations.

The ongoing summit’ agenda covers a wide range of issues, including global economic situation, infrastructure spending, actions on tax and anti-corruption. In the framework of the summit, the leaders are also expected to discuss world’s most acute problems, such as the internal conflict in Ukraine, which claimed at least 3,700 lives.

Russia’s Exclusion From G20 Not Discussed Ahead of Brisbane Summit

US to Discuss Alleged Russian Incursion in Ukraine on G20 Margins: Official