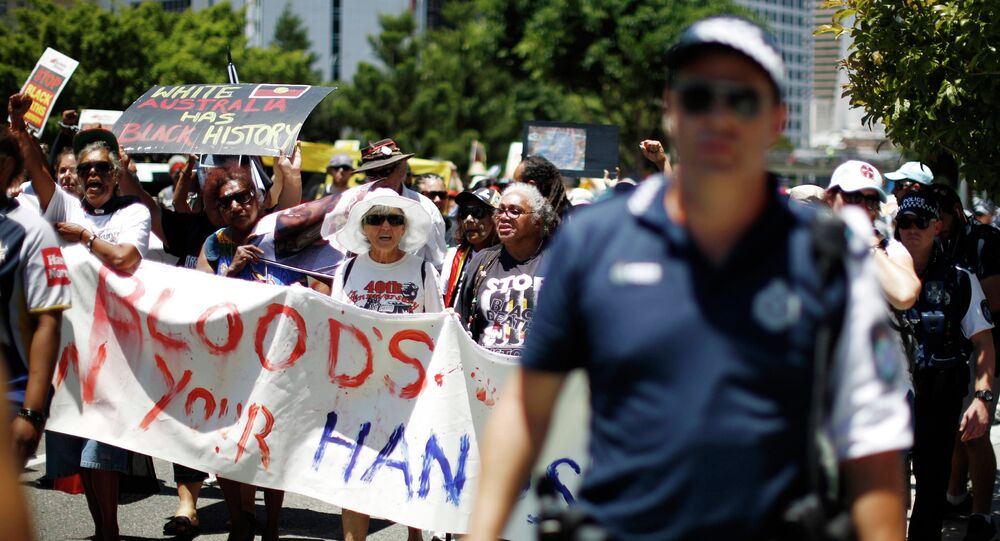 Australian Aboriginal rights activists are calling to protest against deaths in police custody during the G20 summit that will be held in Brisbane, Australia.

"Hopefully from this [rally] people will go away and mobilize, so we can get back to the recommendations of the deaths in custody reports," News.com.au quoted Lex Wotton, an activist convicted for organizing a protest following the 2004 death of a Palm Island resident in custody of the police, as saying.

Cameron Doomadgee, a Palm Island resident, died while in police custody on November 19, 2004. An officer was subsequently charged with his death but was acquitted by the jury.

Protests over the past decade against Doomadgee's death and a system that has allowed police officers walk away with murder have once again reignited as Australian aboriginal rights activists are calling on members of the public to raise their voices during the G20 summit that will be held in Australia.

"We've been struggling for so long to get justice and we're not getting any justice," News.com.au quoted indigenous poet and one of the protesters Lionel Fogarty as saying.

The protesters are using a special #Genocidal20 hashtag to attract more attention to their cause.

On November 15-16, the city of Brisbane in Australia will host the ninth G20 summit, which will see up to 4,000 delegates attending. The summit will focus on the recovery from the global financial crisis, climate change, employment and labor mobility, among other topics.