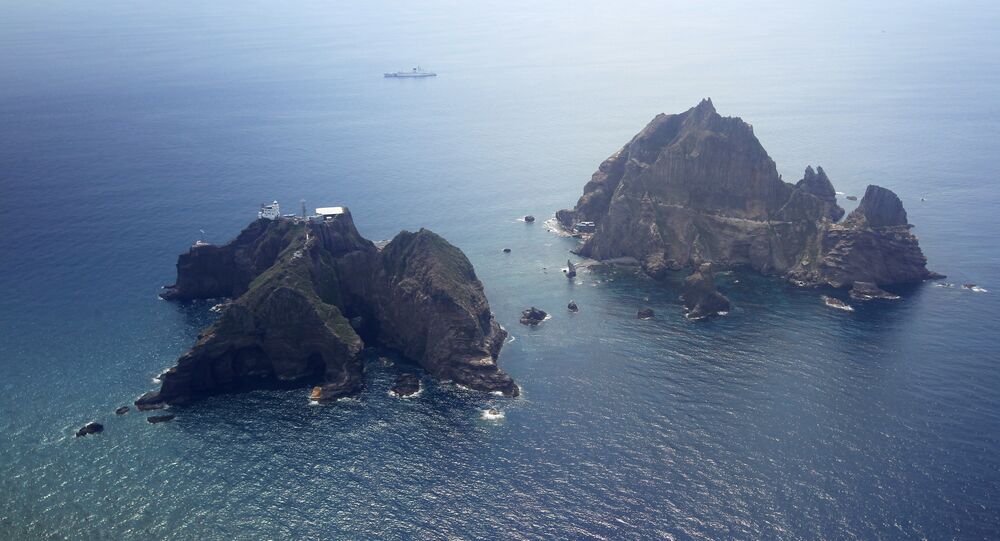 South Korean government will advance with the construction of a facility on the Sea of Japan islands in the center of territorial dispute with Japan.

MOSCOW, November 12 (RIA Novosti) — South Korea will proceed with the construction of a tourist facility on the islets at the heart of a territorial dispute with Japan, despite the cancellation of bidding in October, Xinhua news agency reported Wednesday.

"The construction project is not nullified. It will be pushed ahead after reviewing some issues," Lee Ju-young, Minister of Oceans and Fisheries, was quoted by Xinhua as telling the South Korean lawmakers.

Lee added that the disputed islets are an integral part of South Korea, hence Japan cannot dispute the construction under international law.

Japanese relations with South Korea have been marred by territorial disagreements over the Liancourt Rocks in the Sea of Japan, known as Dokdo in South Korea and as Takeshima in Japan.

Back in 2008, Seoul started considering a project to construct a tourist accommodation facility on the islets. The republic's 2014 budget reserved some $2.7 billion for the project. However, bidding for the construction works was cancelled in late October.