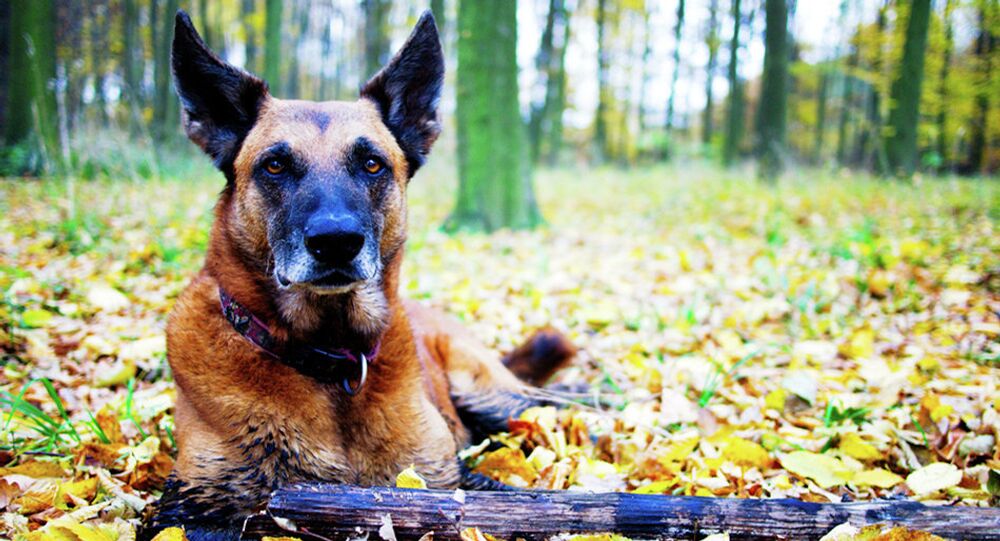 A police officer in Philippines was alerted by his dog moments before the bomb exploded, leaving him with only non-life threatening injuries.

MOSCOW, November 10 (Sputnik) – A man in Philippines escaped death due to a warning by his bomb-sniffing dog and now an investigation is being conducted by authorities to find the criminals who set off the bomb with a mobile device.

A police officer in Philippines, Officer Manuel Ynid, was alerted by his dog moments before the bomb exploded, leaving him with only non-life threatening injuries after the bomb hidden in a cardboard box exploded in the southern port city of Zamboanga late Sunday, as stated by AFP.

The officer and his bomb-sniffing Belgian Malinois called Diego were part of a team which was investigating an earlier explosion at a massage parlor. As Ynid went over to the cardboard box, the dog reacted, indicating it had detected a bomb. The man moved back and just a few seconds later, the bomb inside exploded, wounding him. The dog escaped unharmed, according to the source.

Security officials told AFP that the bomb was made from ammonium nitrate and was possibly set off with a mobile phone.

According to AFP, Ynid is in stable condition while Diego, a three-year veteran who found a bomb in a public square last month, was given a week to recover from the stress. Authorities are investigating who might have been behind the bomb blast.

The city of Zamboanga has been the scene of Muslim rebel activity in the past. Last year, Muslim guerrillas occupied parts of the city, resulting in three weeks of municipal clashes leaving more than 240 people dead. The military is also carrying out operations in the islands south of Zamboanga, against the Abu Sayyaf, an Al-Qaeda-linked extremist group blamed for some the country's worst terror attacks, including bombings and kidnappings.

Belka & Strelka: First Dogs to Make it to Orbit and Back