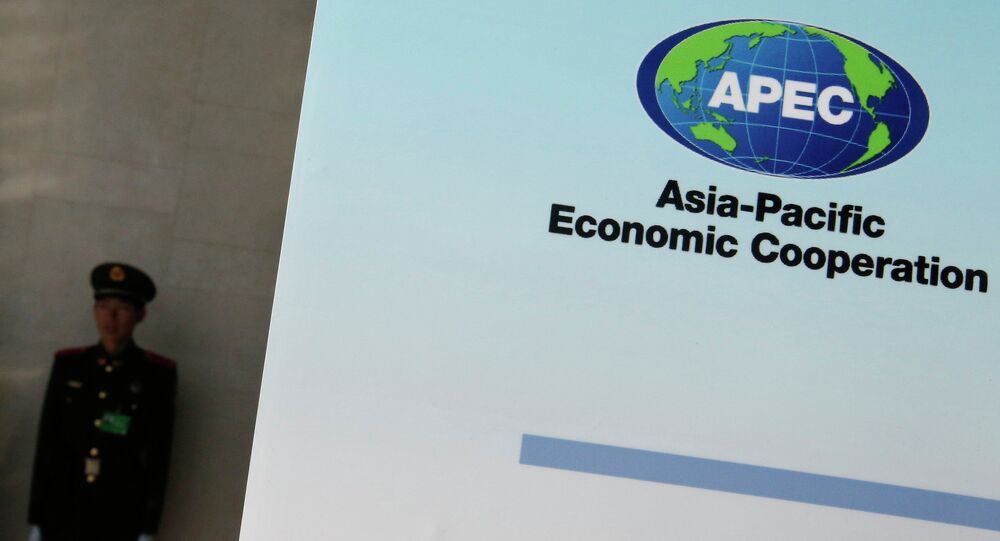 APEC was created in 1989, when foreign and economic ministers of 12 Asia-Pacific economies assembled for the first time in Canberra, Australia.

APEC, an international forum of 21 economies, was established to facilitate economic growth, cooperation, trade and investment in the Asia-Pacific Region. The world's largest regional economic group, its members account for about 53 percent of the global gross domestic product (GDP) and 44 percent of international trade. APEC unites the world's fastest growing economies. The GDP of its members grows at an average rate of 3.3 percent a year, compared with 2.3 percent for the rest of the world. The population of the APEC members is 2.7 billion, or about 40 percent of the world's population.

APEC was created in 1989, when foreign and economic ministers of 12 Asia-Pacific economies assembled for the first time in Canberra, Australia. A handful of smaller Asia-Pacific economic organizations preceded APEC in the 1960s and 1980s, such as the Pacific Basin Economic Council (PBEC), the Pacific Economic Cooperation Conference (PECC) and the South Pacific Forum.

APEC does not have a charter, but rather acts as an international forum and a consultative body for discussing economic issues. It consists of 21 member economies: Australia, Brunei, Canada, Chile, People's Republic of China, Hong Kong, Indonesia, Japan, South Korea, Malaysia, Mexico, New Zealand, Papua New Guinea, Peru, the Philippines, Russia, Singapore, Taiwan, Thailand, the United States, and Vietnam. They are referred to as member economies, not states, because APEC sees itself as a cooperative process, primarily concerned with trade.

APEC has a loose structure, with the annual Economic Leaders' Meeting acting as its highest authority. At each meeting, APEC members adopt a declaration on a policy agenda for the coming year. Prior to this, the economic and trade ministers gather in APEC Ministerial Meetings, to facilitate the groundwork for the Leaders' Meeting.

Member economies' ministers regularly meet throughout the year to discuss policy and cooperation in education, energy, environmental protection, socioeconomic development, regional scientific and technical cooperation, small and medium business development, gender issues in business, telecommunications, information, tourism, trade, finance and transport. Recommendations from these meetings are provided to foreign affairs and trade ministers. Supplemental meetings of senior officials, including representatives of ministries of trade and of foreign affairs, take place in the run-up to and preparation for the minister-level meetings.

The rotating chair of APEC hosts the annual summit. The organization's administrative and technical functions are carried out by a secretariat located in Singapore. The Secretariat is headed by its current executive director, Dr. Alan Bollard.

The bulk of the work is done in committees. APEC has four high-level committees: the Committee on Trade and Investment (CTI); the Budget and Management Committee (BMC); the Economic Committee (EC), and the Senior Officials' Meeting (SOM) on Economic and Technical Cooperation. Each committee has expert group subcommittees. APEC established the APEC Business Advisory Council (ABAC) in 1995 to enhance the forum's cooperation with business leaders.

2012 saw Russia chairing APEC for the first time. The summit was held on Russky Island in Vladivostok, on the campus of Far Eastern Federal University. Russia's priorities during its year as chair included developing transport and logistics, food security, trade liberalization, regional economic integration, and cooperation to promote innovation.

The theme for the 2014 25th annual APEC summit is "Shaping the Future through Asia-Pacific Partnership." The summit's agenda will focus on regional economic integration.

Canada to Continue Cooperating With APEC Members on Terrorism