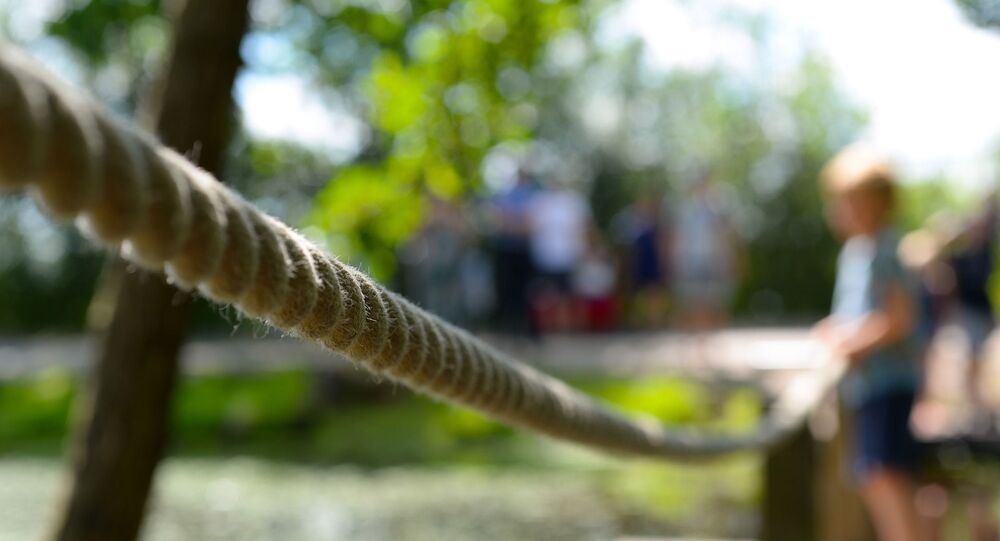 Two CIA veterans have suggested a way to prepare children for various emergency situations through the use of a game to help make contact and promote deeper trust between parents and kids.

A married couple who are also former CIA officers, Christina and Ryan Hillsberg, have written a book called “License to Parent: How My Career As a Spy Helped Me Raise Resourceful, Self-Sufficient Kids,” in which they explain how they use their skills to raise children effectively.

The couple share some CIA tactics they claim helped them to be better parents. Each focused on his own strong points, Christina – on the 'soft skills' of communication, writing and analysis, while Ryan focused on 'situational awareness.'

“It’s with the understanding that it’s very unlikely, but that if a situation should arise, you’re able to handle it. When we talk to them about this stuff as if it was normal, it becomes fun,” she said, cited by the New York Post.

Christina, according to the description for the book, “was a single, successful CIA analyst with a burgeoning career in espionage when she met fellow spy, Ryan, a hotshot field operative who turned her world upside down.”

They two reportedly started chatting via the CIA’s instant messenger system and, according to their promotional material, soon fell in love. Ryan likes adventure and is trained in human intelligence, weapons, escape and evasion techniques, while Christina says she is “about as rule-following and risk-averse as a person could be.”

The couple married although Ryan was divorced and had three children (aged 9, 8 and 6) from his previous marriage. Christina reported that was impressed with his parenting habits, which, she noted, were carefully complemented with CIA techniques. The couple now have two children of their own to add to the mix.

“I was fascinated with the way he parented from the first minute I saw them interacting. It was in sharp contrast from the helicopter parenting that was so prevalent,” she noted.

He let his children run ahead in the corn maze, but they would return at his whistle, and at a gift shop, his kids were allowed to make their own purchases with a small amount of money they were given to learn spending sensibly. “He was at ease and appeared in control at all times, albeit sometimes from afar,” Christina noted.

The former agents, who now work in the private sector, explain that they don’t prepare their children for extreme situations out of fear, but because there is a “reasonable” and fun way to teach your children useful ordinary family skills, including discussing what to do when being trailed by a car or packing a bag in an emergency.

Loneliness, Not Your Parents, is the Cause of Toxic Masculinity, Australian Study Finds