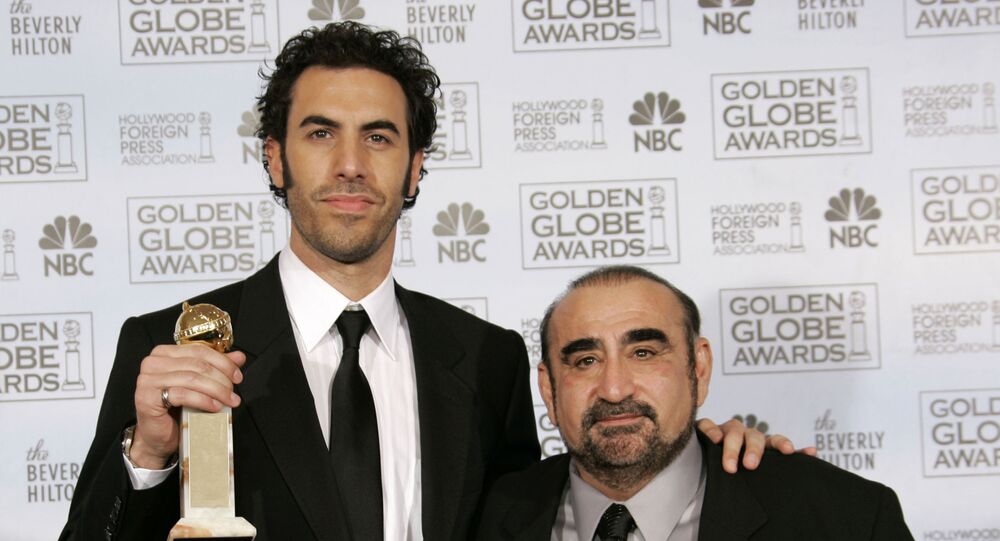 The pandemic has affected people’s daily routine, jobs and travel and it also has had an impact on less mundane events, such as film and television awards ceremonies.

For the first time in the history of the ceremony, the Golden Globes nominations were announced virtually, while the event itself will also be hosted and attended online by nominees from various locations around the globe.

Celebrity gossip and remarks by professionals in the industry have uncovered a few comical or dramatic situations ahead of the 78th film and television awards ceremony.

British actor and producer Sacha Baron Cohen, who starred in the Borat Subsequent Moviefilm, took to Twitter to express his feelings about the film’s nomination in the Best Motion Picture Category.

“Wawaweewah! I'm shocked and humbled to be nominated for 3 Golden Globes, and congratulations to the incredible,” he wrote on his page.

Cohen and his co-star Maria Bakalova have received nominations in Best Performance categories as well.

​The comedian went on to suggest he has “already hired Rudy Giuliani to contest the results” in case “we don't win any” awards. Cohen’s remark refers to the former mayor of New York and member of Trump campaign contesting the results of the 2020 US presidential elections and his appearance in the film.

In the movie, Giuliani is shown a compromising scene when he reclines on a bed in a hotel room - supposedly touching his genitals - in the presence of an actor playing Borat’s daughter, posing as a TV journalist.

A TV series telling a story of an American woman working in the fashion industry in the French capital, Emily in Paris, has been nominated in the category for Best Television Series.

Following the announcement, the writer on the show, Deborah Copaken, wrote that although she was excited to see the nomination, she was also upset. The writer then spoke about another show, called I May Destroy You, which was as deserving but hadn’t been nominated.

“Now, am I excited that Emily in Paris was nominated? Yes. Of course. I’ve never been remotely close to seeing a Golden Globe statue up close, let alone being nominated for one. But that excitement is now unfortunately tempered by my rage over Coel’s snub. That I May Destroy You did not get one Golden Globe nod is not only wrong, it’s what is wrong with everything,” Copaken wrote.

A show about a female chess genius making her way up in the male-dominated game and world, The Queen’s Gambit, has stood out not just for its nomination in the Best Limited Series, Anthology or Film Made For TV.

The Queen’s Gambit became a Netflix sensation after it got massively popular all over the world, watched by at least 62 million households. In its wake, sales of chess sets have surged by 125%, the New York Times reported, citing market research company NPD.

The 78th Golden Globes will be hosted by actors Tina Fey and Amy Poehler, who have previously presented the ceremony in 2013, 2014, and 2015. The full list of nominations has been published by the Golden Globes on Wednesday.