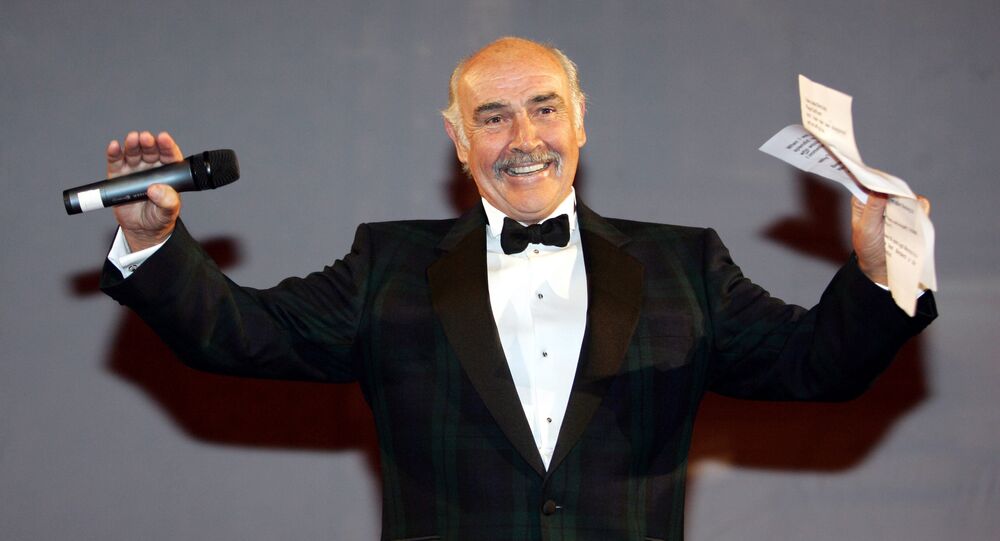 Not content to be the first big-screen James Bond, the late Sean Connery showed his versatility by branching out into a plethora of roles in his long, if chequered, acting career. Here are a few of the most memorable.

Legendary Scottish actor Sir Sean Connery, who has passed away at the age of 90, was best known for playing secret agent James Bond, codenamed 007.

But Connery, determined not to be typecast after his swift rise to fame, played many other iconic parts during his 58-year career in the movie business.

Connery's first notable appearance was in Hell Drivers (1957), directed by blacklisted US filmmaker Cy Endfield and starring Stanley Baker, who played the lead in Endfield's most famous film Zulu. He plays one of the gang of half-crazed truckers, along wth Herbert Lom, Sid James (later of Carry On fame), Gordon Jackson, William Hartnell (the first Dr Who) and Patrick McGoohan as the villain.

Connery also appeared as an Irish soldier in war epic The Longest Day (1962), the same year he landed the Bond role in Dr No.

In the midst of his run as Bond, Connery starred in anti-war drama The Hill (1965), set in a WWII British army prison camp for court-martialled soldiers run by a sadistic officers.

Connery quit as Bond after 1967's You Only Live Twice, fearing he would become typecast in the role that made him famous. Although he briefly returned as Bond in Diamonds are Forever (1971) and the tongue-in-cheek Never Say never Again (1983), Connery spent the next decade-and-a-half playing a bewildering variety of roles in a bid to broaden his range

In the 70s Connery starred in three more films by American Sidney Lumet, director of The Hill: Crime caper The Anderson Tapes (1971), dark pshycho-drama The Offense (1973) and all-star Agatha Christie adaptation Murder on the Orient Express (1974).

He was teamed with Michael Caine in colonial adventure film The Man who would be King (1975), played an ageing Robin Hood in Robin and Marian (1976) and

But Connery's strangest part has to be as the pig-tailed, moustachioed, leather-clad techno-barbarian Zed in John Boorman's whacky post-apocalyptic sci-fi Zardoz (1974): "THE GUN IS GOOD! THE PENIS IS EVIL!"

Meteor (1979) was Connery's foray into the big-budget 70s disaster movie craze, and not a bad onbe at that. Far better than fellow Brit Michael Caine's risible The Swarm.

The same year he starred in medieval period whodunnit The Name of the Rose as sleuthing monk William of Baskerville - a mash-up of William of Occam and Sherlock Holmes.

Those two films helped catapult Connery back to top billing, with a string of well-loved roles in The Untouchables (1987), Indiana Jones and the Last Crusade (1989) as Indie's irascible dad, The Hunt for Red October (1990) and The Rock (1996), playing an obvious parody of an aged James Bond.

Connery's final live-action film role was as adventurer Sir Allan Quartermain in The League of Extraordinary Gentlemen (2003), the big-budget adaptation on Alan Moore's pastiche comic. The movie was widely regraded as a stinker that not even its star could save.

But even that couldn't overshadow Connery's long and varied career in so many well-loved fiolms.