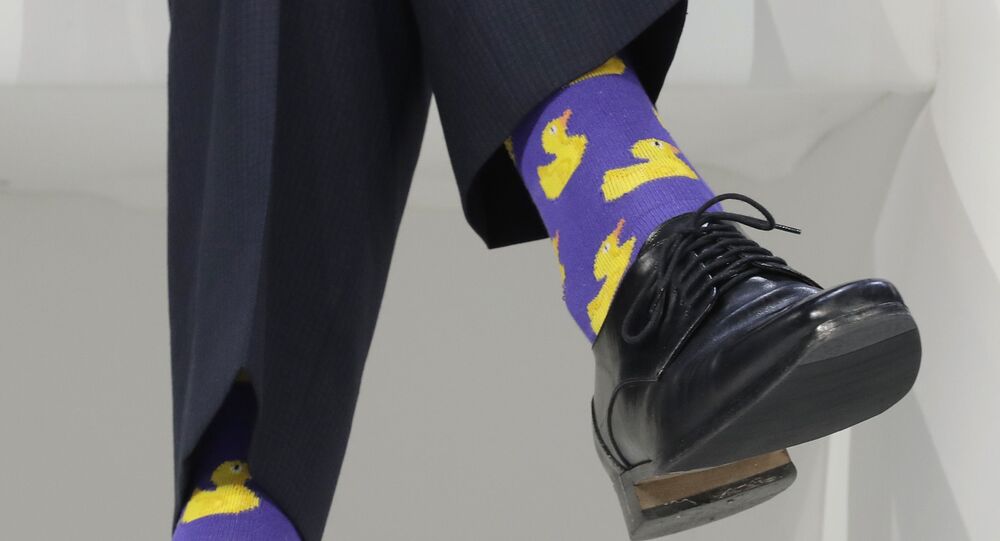 Politics and fashion go hand in hand and it is especially true for major leaders who are expected to maintain their public image and look impeccable. Some of the top political figures are taking fashion especially seriously and have developed their own trademark look.

These politicians may not always have a lot in common in terms of their agendas, but what they do share is taste in clothes and sense of style. Sputnik invites you to have a look at some of the most memorable looks in the political arena.

The Indian Prime-Minister does not shy away from appearing in luxury clothing. His many outfits support his public image as an Indian ‘fashion leader’. In 2015 Narendra Modi even caught heat from the opposition party for wearing an expensive pinstripe suit during Barack Obama’s visit to India. The suit was later auctioned for a whooping $695,000.

Fashion, style and the fifth republic go hand in hand and that’s also true for the current French President Emmanuel Macron. Whether it’s a meeting with Belgium’s prime minister or talks on the world stage, Emmanuel Macron always delivers a tailored look.

Widely considered as ‘the most stylish politician’, what more can be said about Justin Trudeau’s style? You name it: striped socks, costumes for every occasion, casual rolled-sleeves outlook for the folks in Canada and designer suits for the international public, including a three piece suit that ACTUALLY FITS AND LOOKS GOOD - the list could go on and on.

Vladimir Putin prefers to let his actions do the talking, and his choice in clothes supports this outlook. His reliance on timeless classics and strict lines means he can never be mistaken for any other world leader. Nor can his suits and style be detached from the way he carries himself through his political career - literally! The ‘Putin walk’ became an instant meme classic!

© Sputnik / Aleksey Nikolskyi
May 7, 2018. Russian President Vladimir Putin on the Kremlin's Cathedral Square after his inauguration

Despite being on the English throne for 68 years, Queen Elizabeth II is very picky and rather unconventional in her clothing choices when she meets with world leaders. Remember when she wore a green dress that took social media by storm? Only a few women in power could get away with wearing such a striking outfit.

The North Korean leader sticks to a no-nonsense affair as he regularly wears his Mao suit. It was popularised by, you guessed it, Mao Zedong and different renditions of the suit have been worn by all North Korean leaders. The suit itself is very popular in North Korea — combine that with the fact that every male in the country reportedly has to get a hair cut like Kim Jong-Un. Talk about being a trendsetter!

Former Greek Prime Minister Alexis Tsipras may not be widely known for his fashion sense, but sometimes he lets his threads do the politics for him. In 2015 he proclaimed that he would not wear a tie until the Greek debt crisis was solved. You may think that this is just another fancy word out of the politician’s mouth, but Tsipras delivered on his promise and did not wear one again until 2018. Do the talk, walk the walk!