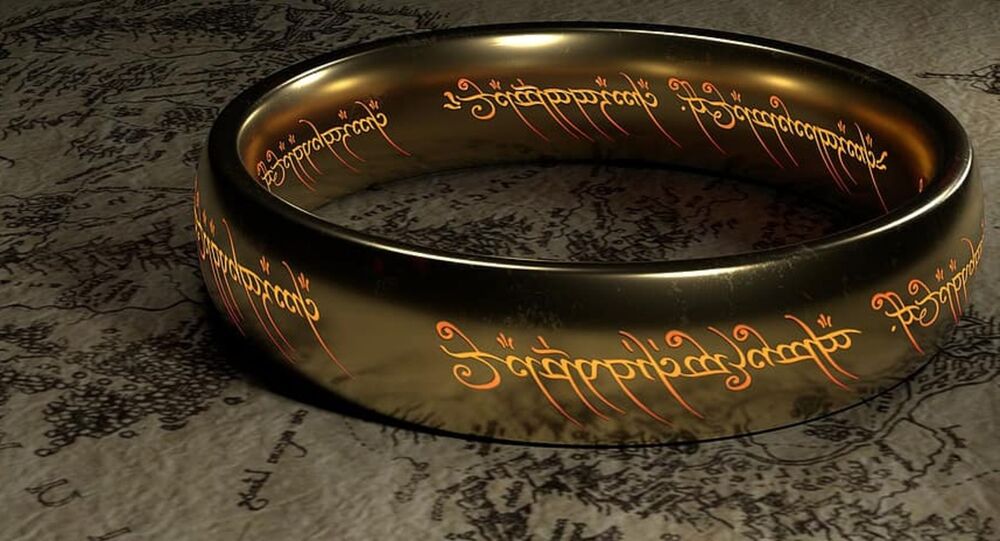 'The Lord of the Rings' Contains Coded Clues as to How COVID-19 Crisis Will End, Says Tolkien Expert

Tolkienist Ludwig Gartz is known for his bold claims that the course of world history is encoded in the epic, stressing that, for example, Russians and Germans are "fatefully linked", and that the book, whose film adaptation was a great hit in the early 21st century, predicts the end of the current financial and political elites.

In an interview with Sputnik, Tolkien expert Ludwig Gartz explains how the 'The Lord of the Rings' book depicts the corona crisis and its end, as well as what the future of humanity looks like.

"In 'The Lord of the Rings' there are several parallel storylines", Gartz says, speaking about the current global political situation.

JRR Tolkien’s landmark work, published in the 1950s, "describes the Battle of the Pelennor Fields, where Sauron’s troops fought against Westerners", Gartz explained.

"Now let’s have a look at the scene where Frodo is imprisoned in the tower of Minas Morgul. The orcs start killing each other, while Sam has a chance to free his friend. In this storyline we are now at a point where the battle between the orcs is over".

'Secret War of the Elites'

This is how the translator interprets it:

"There was a secret war of the elites, after which the US elite loses its power. Then it came to a direct confrontation between Sam and Shagrat (orc). In my opinion, this means that it ended in March and was immediately followed by the corona crisis, which is controlled globally".

According to Ludwig Gartz, Minas Morgul symbolises "fear", which, of course, is the key element today. People are afraid of contracting the virus, and entrepreneurs are afraid of further economic losses caused by it. The future looks unsafe.

Corona Crisis in 'The Lord of the Rings': 'Confrontation Between Sam and Shagrat'

A similar crisis "involving all governments" can only be explained if there is a global capacity to manage it. This is what is symbolised by the confrontation between Sam and Shagrat.

"Sam represents this optimistic, positive force in people, which awakens and hopes that we can free ourselves and free our thinking, despite Shagrat still posing a huge threat, but in the end decides to retreat".

For Gartz "and many observers, it looks like this crisis is going to be used – including through rumours regarding an upcoming second wave of the coronavirus – to establish a global dictatorship. But according to 'The Lord of the Rings' symbolism, it looks more like this scenario won’t take place".

How Humanity Will Overcome the Crisis

Since Sam succeeds in freeing Frodo, the translator believes "that this manoeuvre (in global politics) won’t be effective and that we’ll manage to free our thinking and that that the ‘deep state’ will be exposed, meaning it will come to an end. However, if we move to our time, this could take a few more years".

"Of course, these are similar constructions that I created from my perspective", Gartz admitted. "It is impossible to scientifically prove it. These are my assumptions and interpretations; I discovered that various historical events of the past are encoded in the book”. But the future can be interpreted in the same way. “I’m not sure it will work out that way. I see how this can be interpreted through Tolkien’s book. This is a similar construction, which, I think, suits this situation. Of course, this cannot be considered proof that it was meant that way. Of course, a person thinking in scientific terms will think that foreseeing something is inconceivable. I can understand this position".

Gartz had studied symbolic language and symbolism for many years before he started analysing "The Lord of the Rings".

"I read linguists who studied the ancient texts of the Bible”. While working with the book, he discovered many translation errors. “I noticed that symbolic language can be easily applied to Tolkien’s books. Then I discovered that many wordings and events coincided, and thought that it couldn’t be an accident. These are systematic, correct translations", he believes.

Sauron’s Case: If the 'Ring' and Our Monetary System Break…

"I think that this corona crisis won’t lead to total dictatorship", the translator predicted. "The peoples (and countries) of Earth will free themselves in the long term. Of course, this can take another two or three years before the deep state collapses. Then the monetary system (which is symbolised by the ring in the book) will come into focus. It might be a few decades before we will finally be able to change the monetary system".

Sauron, the book’s ultimate villain, "rules through the ring: and that is the monetary system. These are global redistribution flows that constantly end up in the hands of the rich. This enrichment takes place through taxes. These financial flows can only be redirected if we start earning in some other way, if we introduce a tax-free system. You will recognise it when tax-free systems are created that end redistribution and poverty".

However, it could take some time before people realise it.

"It was people that created money. Therefore, they may well abolish it. In the long term, we are heading for a good future", Gartz concluded.

But before that, humanity may face many more crises, not only in the financial sphere. However, as soon as the current corona crisis ends, "a dictatorship will come, which, however, won’t last long, because we can no longer stop the liberation of our thinking. But then things will develop quite quickly: the dictators will come to light; and since they will lack support, this dictatorship will collapse".