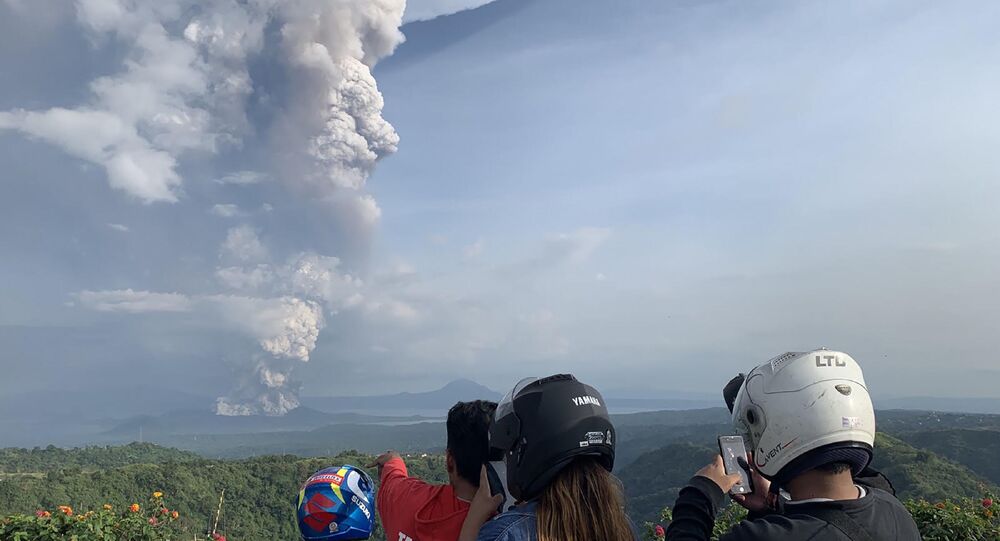 These two must be head over heels in love if even a huge volcano spewing giant plumes of ash could not stop them from getting married that very day.

A couple from the Philippines has been captured on camera while the famous Taal Volcano was erupting in the background right in the middle of their wedding ceremony.

Their wedding photographer posted the pictures of the happy newlyweds on his Facebook page.

The couple was surely aware of the eruption warnings and made special preparations in case of emergency, but still decided not to put off the lovely event.

"We were actually nervous because while working we kept on checking social media for updates on the volcanic eruption. So we were actually aware of the warnings and escalating levels that was being announced real-time," the couple's photographer said as qouted by CNN.

The Taal Volcano, a sought-after spot for tourist travelling to the Philippines, started "steaming activity" on early Sunday, the Philippine Institute of Volcanology and Seismology (PHIVOLCS) said, adding that a volcanic tsunami could occur and people in nearby areas should be evacuated.

The eruption was also accompanied by lightnings in the sky.