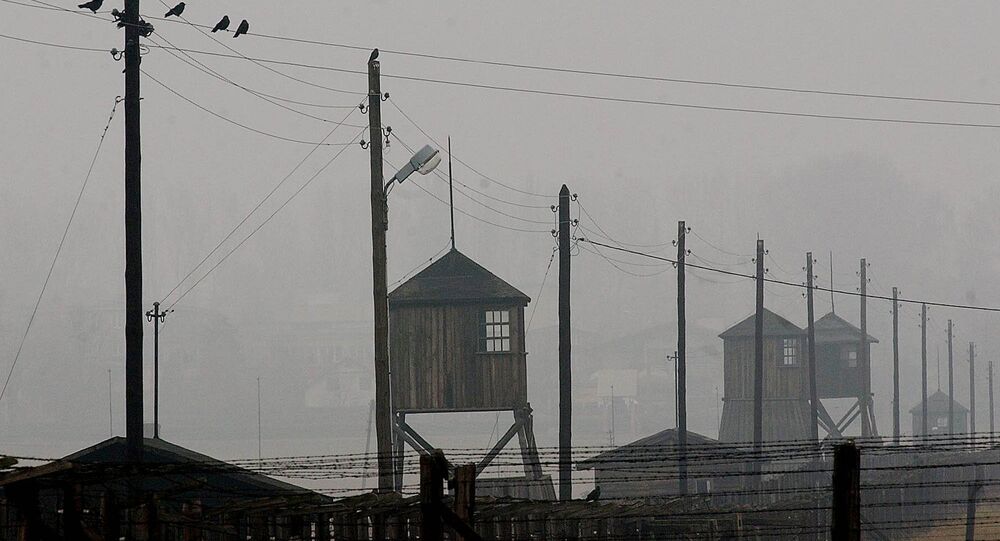 Rafikov is screening his latest documentary about Nazi collaborators at the Russian Cultural Center in Washington on Thursday evening.

"Nazism has begun to rise lately and people in the West have shown a growing interest in the topic of fighting it," Rafikov said. "We wanted to make a documentary which would unify people in fighting against the glorification of Nazism."

The film, "School of Executioners," which has won prizes at several international festivals, tells the story of an SS training camp in the Polish village of Trawniki where thousands of prisoners, mostly Jews, were killed in 1941-1944.

The documentary focuses on Nazi trainees - collaborators from Eastern Europe - who participated in operations in the ghettos of Lviv, Lublin, Warsaw and other occupied territories.

"In 2015, we shot eight documentaries about collaborators who cooperated with fascists," Rafikov said. "One of these films tells about Trawniki camp, but we wanted to do a more comprehensive job, and delve through archives and engage foreign speakers."

Three years later, the team got an opportunity to cooperate with historians and scientists from Russia, the United States, Poland, Germany, and Israel. They also explored each country’s archives, he added.

The producer said the films have received "very good feedback" from foreign audiences.

The documentary has been presented in Warsaw, Brussels, Bratislava, Nicosia, and Ottawa. There are plans to show the film in Paris, London and again in Bratislava early in 2020, Rafikov said.

He noted that it would be great to organize showings in Ukraine and Baltic countries, but acknowledged that there are no such agreements yet.

Rafikov said he and his crew are now planning to go in a slightly different direction.

"We are trying to produce documentaries which would unify Russia and other countries, particularly the United States. Now we are eager to shoot a film about fighting against terrorism," he said.

Fascists recruited most of Trawniki trainees from prisoners of war who were willing to collaborate with Nazi Germany. While most of them were ethnic Ukrainians, there were people from other parts of Eastern Europe. After graduating from the camp in Trawniki they served at extermination camps and participated in oppression of the Warsaw Ghetto Uprising in 1943.

After the war many of them were able to escape the law and reside in different Western countries, including the United States. Most prominent of them - the Ukrainian-born John Demjanjuk - was extradited to Germany in 2009 and convicted there in 2011, several months before his death.