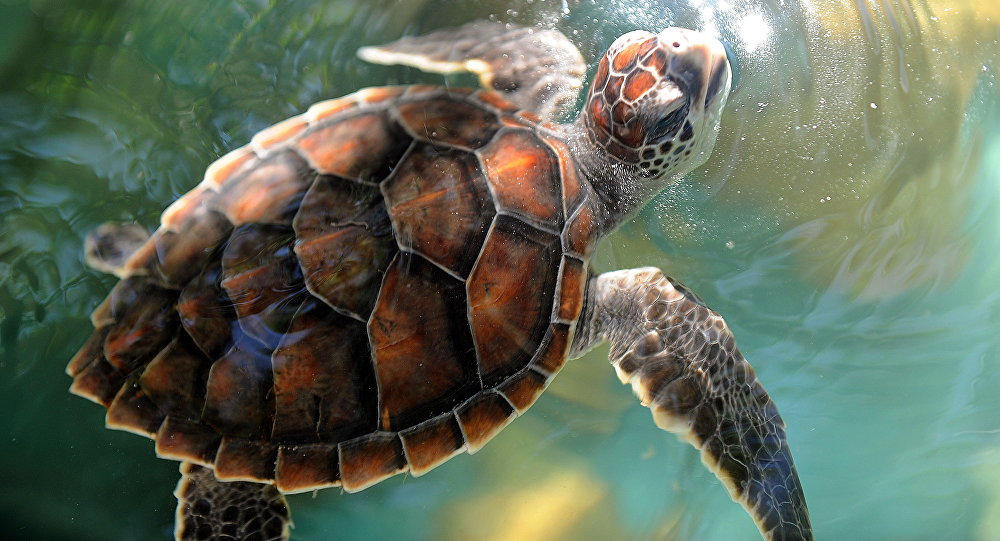 Residents of the city of Renton were left in deep shock after they saw two lovely turtles with swastikas drawn on their shells earlier this week. The incident even prompted one resident to organise a rally against hate.

In a bizarre situation that looks more like a Monty Python sketch, US police officers have been unable to catch two wild turtles with swastikas drawn on their shells. The reptiles, who live in Gene Coulon Memorial Beach Park, recently stunned residents of Renton when they appeared in public with the controversial symbol. Locals then informed the police about the incident; however, law enforcement officials couldn’t locate and apprehend the “delinquents” in order to wipe off the offensive symbols, despite the fact that turtles are famous for moving very slowly.

It seems that the search mission isn't going smoothly, as Renton police have enlisted the aid of the US Department of Agriculture to catch the turtles, Merced Sun Star reported.

The incident shocked residents of Renton, with one man saying: “It is very bizarre…what’s going on?” Chad Cashman-Crane even organised a rally against hate in Gene Coulon Park, hoping that people would show up and condemn the act of vandalism. A regional director for the Anti-Defamation League, Miri Cypers, called the incident “troubling and unfortunate”.

However, there were those who thought that the “artist” who drew the symbols on the creatures had good intentions. The symbol was painted anticlockwise. In some Eurasian cultures, the swastika painted that way symbolises divinity and spirituality. The Nazis used the hooked cross in a clockwise orientation. "There's a side of me that wants to think the best in people, so I'm thinking perhaps it's a cultural meaning", said Renton resident Phoukham Kelly Bounkeua.

This is not the first time that helpless reptiles have been "graced" with offensive symbols. In 2016, a similar incident occurred in Saint Petersburg, Florida, but back then the reptile was quickly caught, cleaned, and returned to its habitat.