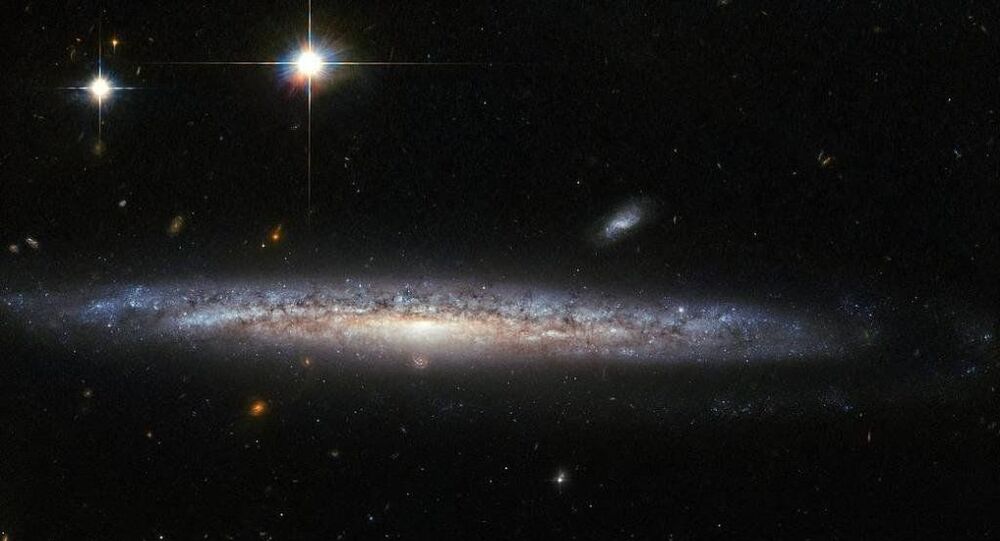 What are you?! Scientists Find Six Galaxies that Contradict the Laws of Physics

An international team of astronomers has discovered six faint dwarf galaxies that hardly have any dark matter. Every galaxy we know of has a hefty amount of dark matter, so this makes the discovery unique, to put it mildly.

Scientists rarely make discoveries that lead them to question the very foundation of science, but according to the laws of physics, these galaxies should not exist. A team led by Pavel Mancera Piña of the University Groningen used the Dutch Westerbork Synthesis Radio Telescope and US Very Large Array Observatory to examine these six faint dwarf galaxies. This type of galaxy has not been studied in detail, as they provide little light.

What they discovered defied all known laws of physics. The dwarf galaxies and their environment do not contain any dark matter, hence they should not exist. Previously it was thought that dwarf galaxies exist only if they are held together by dark matter. The scientists tried to provide a few explanations to this cryptic discovery, but they are still struggling to solve the mystery.

Experts say that either these galaxies didn’t have dark matter to begin with or over time it began to dwindle. Earlier, another research group discovered two similar galaxies.