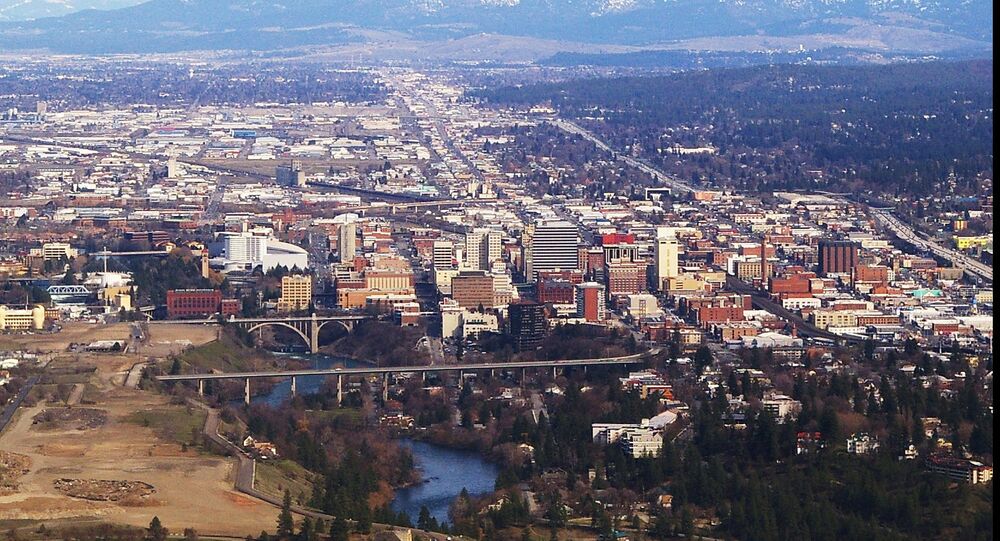 A notorious Republican lawmaker has been outed as being a vocal member of a chat room that supports illegally surveilling and violently attacking political opponents, according to a new report.

© AP Photo / U.S. District Court for Maryland
White Nationalist US Coast Guard Officer Had Guns, Political Kill List
Republican representative Matt Shea, from the US state of Washington, messaged far-right figures in chat records and offered remarks on inculcating harassment, surveillance and violence on those who do not support the Christian fundamentalist's beliefs and policies, according to a report by the Guardian.

Representing Spokane Valley in the Washington state house, notorious religious extremist and far-right US lawmaker Matt Shea — a former US soldier — entered into chats with several other right-wingers using screen aliases. By cross-referencing Signal app phone numbers with screen names, the identities of the right-wing account holders were revealed, according to the Guardian.

In the process of suggesting that left-wing protesters in the US could be considered ‘terrorists', Shea and his friends suggested various methods of intimidation and outright violence, including to "confront their parents their workplaces their landlords" and "hit them in there [sic] safe spaces," cited by the Guardian.

"If we can catch a few of them alone and work him over a little bit," offered one of the chat room members, referring to an unnamed political opponent.

© AP Photo / Alex Brandon
DC Prepares for a Few Hundred Neo-Fascist Marchers and a Few Thousand Counterprotestors
As Shea participated in the extremist chat room, far-right radio host Jack Robertson offered several colorful ways of dealing with a specific young woman viewed as a threat by the men, including grabbing a "fist full of hair, and face slam, to a Jersey barrier. Treat em like communist revolutionaries.," cited by The Guardian.

"Then shave her bald with a K-Bar USMC field knife," Robertson wrote, referring to a weapon issued to all US Marines.

Things got pointedly sexual as the comments took a turn for the gruesome regarding parts of the female anatomy.

"Would make good attachment points for hoisting communists up flag poles," a commenter wrote, adding, "Especially the ones with nipple rings," cited by The Guardian.

Not content with one revealingly misogynistic observation, Robertson suggested that "if you cinch up zip ties enough, you don't even NEED nipple rings for hoisting."

© AP Photo / Ted S. Warren
Call for Killings by US Christian Fundamentalist Lawmaker Nets FBI Probe
Six-term US lawmaker Shea earlier avowed the inevitability of what he termed a "biblical war' in clarifying his intention to wage an apocalyptic battle on those who engage in "same sex marriage" and "abortion", according to a Sputnik report.

Shea's plan for those who refused his Christian fundamentalist views of civilization was: "If they do not yield, kill all males."

When questioned about the recent chat room remarks, Shea responded: "A lot of people in private conversations say things tongue in cheek about what they would like to see happen […] but that is not setting a policy or establishing a protocol," cited by The Guardian.

Local law enforcement in Shea's home town, however, are not amused by the violent beliefs of the lawmaker and his supporters.

© AP Photo / J. Scott Applewhite
US GOP House Leader Promises Quick Action Against ‘Racist’ Republican Rep
"It's part and parcel of what this group has been saying for years. I think if a state representative is condoning violence against his constituents then that person needs to be removed from office," Knezovich said, adding, "I hope the voters will do that at the next election."

"Matt Shea is a poor representative for the Republican party. Extremism on both sides is tearing this country apart," Knezovich noted, cited by The Guardian.

Knezovich offered a one-word reply to questions regarding whether Shea's extremist cabal was dangerous to the local community and the nation.