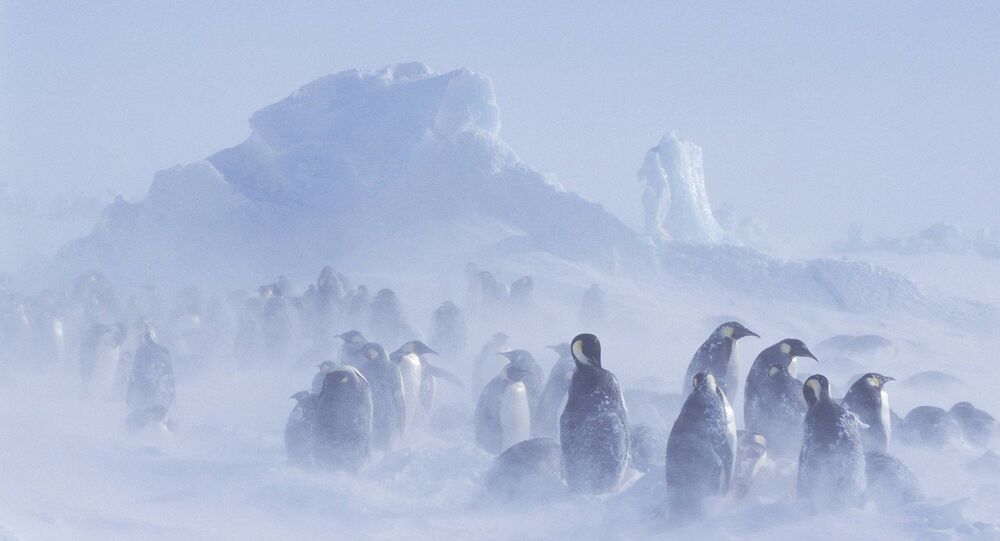 All-black penguins are said to be so rare that there is practically no scientific research on the subject, and certainly no video footage.

The camera crew of BBC's Earth's Dynasties wildlife series has captured extremely rare footage of an emperor penguin donning an unusual black breast coat with just a sprinkle of white across his chest and arms, an extremely rare sight for the species of flightless birds.

All-black penguins are so rare that biologists believe that just one in every quarter million of the birds shows some evidence of melanism, the dark pigmentation of feathers deriving from increased melatonin in the body. Cases of penguins with melanism surviving into adulthood are thought to be rarer still, since the dark colouring makes them particularly vulnerable to predators.

Cases of the condition affecting virtually the penguins' entire bodies, as in the case of this particular emperor penguin, are almost unheard of. It is with this in mind that Dynasties rightfully boasted that its footage could very well be "the first-ever footage of an all black emperor penguin" in existence. In fact, the clip noted, "He or she could be the only one of its kind!"

Emperor penguins are the tallest and heaviest of all living penguin species, reaching up to 48 inches (4 feet) tall and a mass of up to 45 kg. Antarctica is their home. Baby and adult emperor penguins' main predators include Southern giant petrel seabirds, leopard seals and orcas.

Hurry Up, Class! Adult Penguin Leads Pack of Chicks Just Like a Teacher