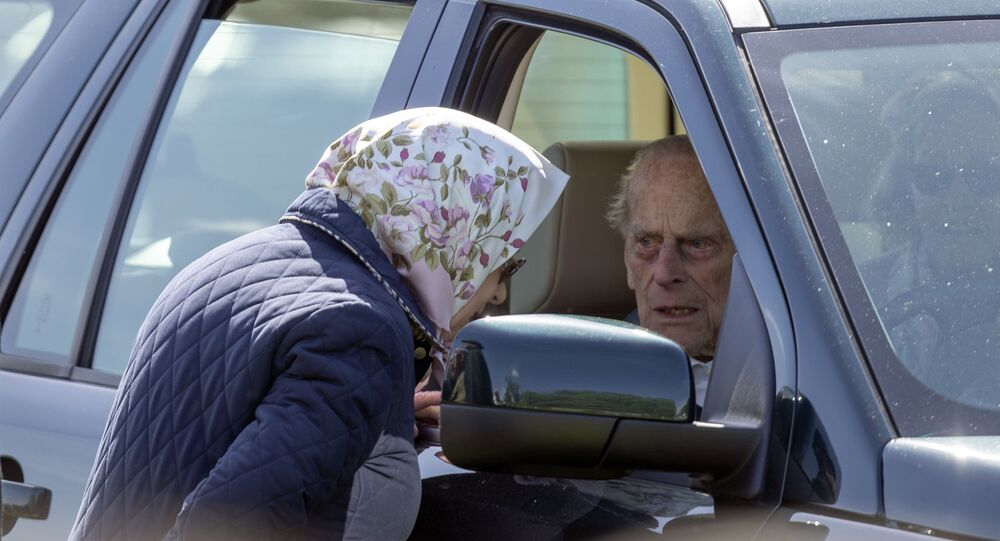 Elder UK royal Prince Philip, the husband of the nation’s longest-reigning monarch, has turned in his car keys at the age of 97, according to reports.

© AP Photo / Alastair Grant
UK’s Prince Philip Flips SUV on Roadway, Emerges Unhurt (PHOTOS)
Following a recent automobile accident in which two others were injured, the husband of England's Queen Elizabeth II has acknowledged the inevitable and handed over his driver's license and the ignition keys to an undetermined number of eminently-driveable vehicles, according to a report from the New York Times.

"After careful consideration, the Duke of Edinburgh has taken the decision to voluntarily surrender his driving license," announced a Buckingham Palace spokesperson on Saturday, referring to the prince by his official title.

A collision that occurred last month near a royal property in a rural area some 100 miles north of London sparked the move, according to reports.

The January 17 crash saw the royal consort's UK-built Land Rover SUV flip over and collide with another car, injuring its occupants.

The prince was unharmed but was reported to have been significantly shaken by the accident, particularly as one of the occupants of the other vehicle — who was not hurt — turned out to be a nine-month-old baby.

© AP Photo / Andrew Matthews
Reason Why Queen and Prince Philip Don’t Wear Seatbelts Explained
Several days following the accident, the prince mailed a letter of apology to the driver of the other vehicle, which was obtained by The Sunday Mirror.

"I would like you to know how very sorry I am for my part in the accident at the Babingley crossroads," Prince Philip stated, adding that he was "very contrite about the consequences," cited by Nytimes.com.

Surprisingly, just two days after the accident, the prince was seen driving a vehicle in the same region and not wearing a seat belt. According to reports, the Duke of Edinburgh was subsequently offered "suitable words of advice" by a Norfolk police officer.

While there is no upper age limit for drivers in the UK, those over 70 must submit to testing every three years.

Queen Elizabeth's husband retired in 2017 from public duties, ending all official engagements, although he has remained active according to reports, walking on grounds of the royal family's enormous lands and even sitting horse-drawn carriages.

The Queen of England is not required to have a driver's license and can get behind the wheel of any vehicle she fancies at any time.