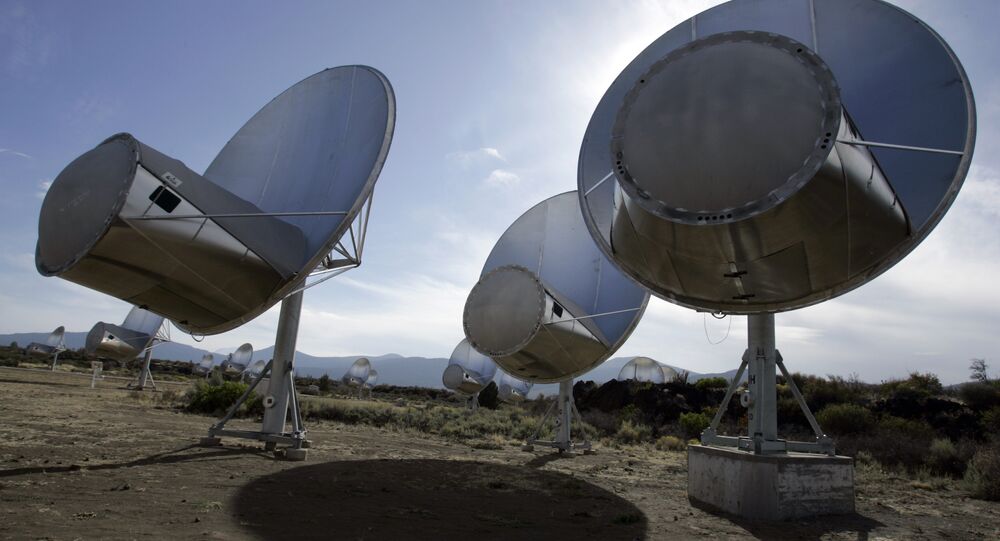 A new online tool will assist amateurs and professionals in digging through massive data banks to uncover new clues into the search for alien life.

© CC0
CSIRO Telescope Helps Astronomers Detect 20 New Mysterious Fast Radio Bursts
As researchers around the globe continue their quest to find physical proof of extraterrestrial life, the Search for Extraterrestrial Intelligence Institute (SETI) has introduced new software to assist anyone with an interest in ‘what's out there' to study the data and draw their own conclusions.

SETI co-founder Jill Tarter — the inspiration for Ellie Arroway, the fictional character in Carl Sagan's blockbuster 1985 science-fiction novel ‘Contact' (which became a popular Jodie Foster movie in 1997) — has announced a new web tool called Technosearch, enabling anyone to log on and view, study or mine every publication in the entire database, according to Space.com.

The database includes the document covering every SETI search, beginning in 1960 and continuing to the present day. In keeping with the mission statement of the organization — in part — ‘to apply the knowledge gained', users can gain access to all the information to date and draw their own conclusions.

SETI's January 9 database access announcement at the 223rd meeting of the American Astronomical Society seeks to have users from all walks of life work together to keep the Technosearch tool and the enormous reams of data up to date and 100 percent accurate, according to the website.

By aggregating all searches conducted in the sky to date, SETI hopes the new tool will reveal currently-unresolved patterns or hints that could point to new evidence indicating sentient life beyond our planet.

© CC0
Alien 'Artefacts': Earth May Hide Signs of Extinct Extraterrestrial Life - Study
"I started keeping this search archive when I was a graduate student," noted Tarter, cited by Space.com.

"Some of the original papers were presented at conferences or appear in obscure journals that are difficult for newcomers to the SETI field to access, Tartar said, adding, "I'm delighted that we now have a tool that can be used by the entire community and a methodology for keeping it current."

Developed in collaboration with interns working under the Research Experience for Undergraduates (REU), themselves laboring under the oversight of Penn State University exoplanet and star researcher Jason Wright, Technosearch will play a prominent role in the ongoing use of SETI data, according to former REU student Andrew Garcia, cited by Space.com.

"I've become convinced that Technosearch will become an important instrument for astronomers and amateurs interested in exploring the cosmos for indications of other technological civilizations," Garcia stated.