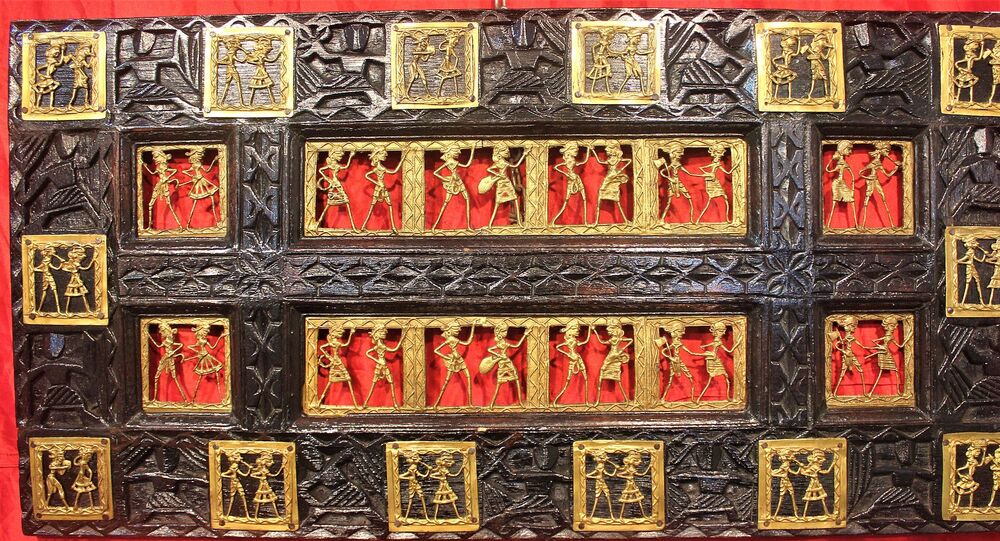 "Dhokra," the art of lost wax casting, has its roots in the 5,000-year-old Indus Valley civilization. The art is most popular among the tribes of the Bastar region in the Indian state of Chhattisgarh, who are swimming against the tide to keep the art alive.

Deep inside the Dandakaranya forest in the Bastar region of Chhattisgarh, tribal artisans are toiling hard to keep one of the world's oldest art forms alive. Passed from generation to generation, the "Dhokra" art is the earliest known method of non-ferrous metal casting using the lost-wax casting technique. It is one of the earliest and most advanced methods of metal casting known to human civilization. Its roots can be traced back 5,000 years to the ancient city of Mohenjo-Daro in the Indus Valley Civilization.

Dhokra is unique in the sense that each piece of art is a story to tell. Each Dhokra artwork is different, unique and has a distinctive character. Here the artists take inspiration from nature, mythology and socio-cultural rituals in making their art forms.

The "Dancing Girl" found in Mohenjo-Daro is considered as one of the earliest known artifacts created with lost-wax casting technique.

Sculpture of Dancing Girl made in 2500 BC in the Indus Valley Civilization city of Mohenjo-daro is similar to Dhokra art practised by tribals of Kondagaon, Bastar. pic.twitter.com/D49XWDDPXn

Kondagaon in the Bastar region of Chhattisgarh is the home of Dhokra art. Around 400 Dhokra craftsmen are working in the Kondagaon to keep the ancient art form alive.

Sputnik spoke to the people of the Damar tribe who are experts in Dhokra art.

"It is one of the ancient arts and we are working hard to preserve it. The art is passed on from one generation to the next. But the problem is that now the younger generation is losing interest in Dhokra art and they are moving to urban areas for better employment opportunities. But there are several families who are still attached to the art," Mahipal, one of the members of the Damar tribe involved in Dhokar art, told Sputnik.

Mahipal and his family are involved in the making of Dhokra statues. The process is time-consuming and intricate.

First of all, a basic clay model of an object is made and then it is covered with wax. Wax is then shaped and carved in finer details and decorations. It is then covered with layers of clay and after that hot metal is poured. The metal melts the wax and pushes it out to take on the shape of the object.

"The availability and increasing cost of raw material is becoming a problem for us. Although we get support from the government and local NGOs but the middleman takes a large share of our profit," Mahipal's son, Sohan, says.